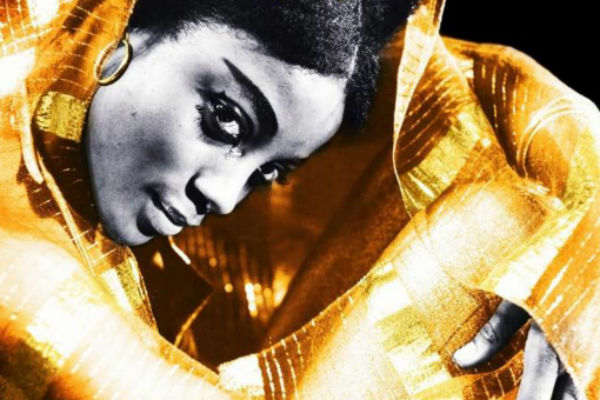 The Center for Jazz Studies at Columbia University celebrates GLORY: A Life Among Legends, the new memoir by renowned dancer, educator, producer and author Dr. Glory Van Scott with a special program and book party on Monday, October 15, 2018, 6:00 pm.

GLORY: A Life Among Legends (Water Street Press) honors artistic colleagues, explores integrity, examines sexism and racism in the arts, and encourages the new generation of artists. It is a powerful memoir that takes the reader from an early life whose innocence is cut short almost overnight, to Dr. Van Scott’s dedication to the performing arts as a professional who would find herself at the vanguard of a new vision of African-American dance and theater securing its place as an original American art form. Dr. Van Scott’s story begins in Chicago, the daughter of a prosperous doctor and a loving stay-at-home mother. But, after her cousin Emmet Till is murdered, it not only galvanizes a country, but it also spurs Van Scott with a passion to speak truths through art.

The memoir draws from Dr. Glory Van Scott’s life as a dancer with the Katherine Dunham, Agnes DeMille, Talley Beatty, and the American Ballet Theater. Additionally, she has appeared on Broadway in shows ranging from House of Flowers with Pearl Bailey in 1954, to The Great White Hope with James Earl Jones in 1968. While pursuing her career in the performing arts, Van Scott earned her B.A. and M.A. degrees from Goddard College, and her Ph.D. from Antioch College’s Union Graduate School. She has taught theater at Bucknell University and Fordham University, and at the
Pennsylvania Governor’s School for the Arts, she inspired many fledging performers, including Kevin Bacon. In 1978, Van Scott acted opposite Michael Jackson and Diana Ross in the film The Wiz. She produced The Katherine Dunham Gala at Carnegie Hall, and the 2003 Tribute to Fred Benjamin at Symphony Space. Van Scott was also project director and artistic coordinator for the Alvin Ailey Company’s The Magic of Katherine Dunham, and co-producer, with Woodie King, Jr., of the National Black Touring Circuit’s New York Dance Divas. Dr. Van Scott, immortalized in bronze by Elizabeth Catlett in 1981, was awarded the first Katherine Dunham Legacy Award in 2002.

Related:  Behind the Scenes With Les Twins at the Apollo!

Join The Center for Jazz Studies at Columbia University for the October 15th celebration of GLORY: A Life Among Legends by Dr. Glory Van Scott, meet the author and be among the first to take home a copy of the memoir.

The event is free and open to the public, but reservations are required. Please e-mail columbiajazzstudies@gmail.com to secure seats.

The celebration will be held in the East Gallery of Buell Hall, Maison Française, on the Columbia University Main Campus, 116th & Broadway in New York City.