When Arthur Mitchell was contemplating where his archives should go, he thought about where he grew up and later, with Karel Shook, formed the Dance Theater of Harlem.

“Harlem and New York City are part of my life’s blood,” Mr. Mitchell, 81, said in an interview last week. “When Columbia was getting property in Harlem, there was a lot of tension between the community and Columbia. I said, why don’t I give my papers to Columbia? I will act as a go-between and pave the way for better relationships.”

The archives are as much about culture as they are a social history. Mr. Mitchell was the first black principal dancer at New York City Ballet, where George Balanchine, in 1957, choreographed “Agon,” a ballet featuring a pas de deux with Mr. Mitchell and Diana Adams. “This is before racial equality,” Mr. Mitchell said. “The fact that Mr. Balanchine took upon himself to put me with a Caucasian ballerina and to do a wonderful pas de deux was unheard-of.” 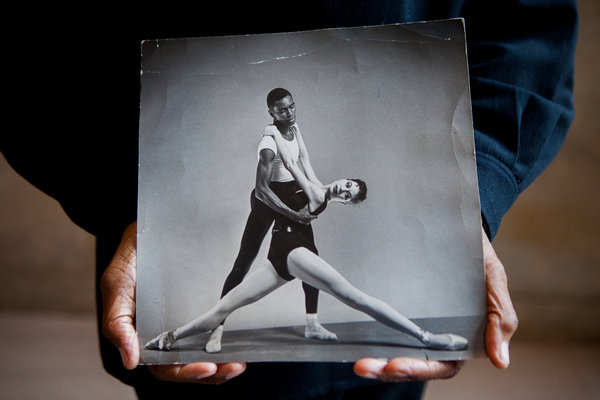 Support to process the archives, which are scheduled to open to the public in 2017, has come through the Ford Foundation in two grants totaling $800,000. Darren Walker, the foundation’s president, said Mr. Mitchell approached him two years ago. “Often founders are simply incapable of dealing in a strategic way with their legacies, because it means they have to deal with their own mortality,” Mr. Walker said.

Mr. Mitchell said: “Most people, when you get their archives, are dead. I am very much alive.”

“I want it to become a living, breathing entity where the Harlem community would come on campus at Columbia and where people from Columbia would go into Harlem,”

And he added that he relished the opportunity to be hands-on and to extend his collection’s reach beyond the library. To that end, he stipulated that public programming would be included as part of the acquisition. “I want it to become a living, breathing entity where the Harlem community would come on campus at Columbia and where people from Columbia would go into Harlem,” he said.

For Sean Quimby, director of the library, the idea of auxiliary events is one of the most interesting components of the project. “People tend to think of rare book libraries as dusty, old dead places,” Mr. Quimby said. “Here we have an opportunity to mount a series of programs that we hope will bring a wide range of audiences.”

The archive consists of around 200 boxes — they’re still being sorted — that Mr. Mitchell kept mainly in storage. The boxes contain videos, programs (like a 1952 one from “Four Saints in Three Acts,” at the Théâtre des Champs-Élysées in Paris), clippings and photographs, including images from a screen test for a Luchino Visconti film, and extensive Russian ballet memorabilia. There is also footage from a Leon Bibb television show from 1969 when Dance Theater — formed after the death of the Rev. Dr. Martin Luther King Jr. — was just three months old.