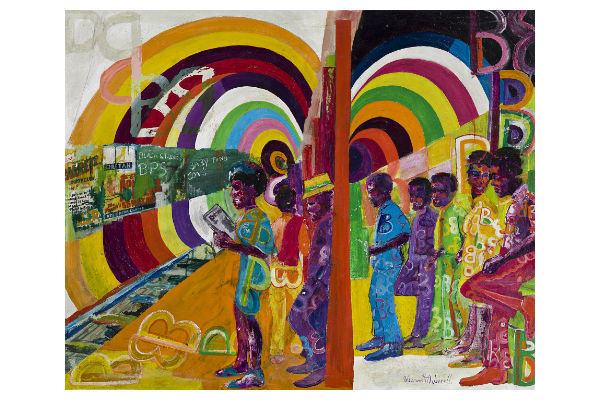 The auction will present a strong offering of works by notable artists, including Romare Bearden, Charles Alston, Wadsworth Jarrell and artists from the AfriCOBRA collective, as well as sculptors Simone Leigh and Elizabeth Catlett.

Romare Bearden leads the sale with Woman and Child—an impressive collage inspired by Renaissance paintings and imagery of the Madonna and Child, and a significant work from an important 1968 series of collaged figures ($150,000-250,000).

The run of Bearden prints that feature in the sale, as well as the collage The Last of the Blue Devils, come from the estate of Bruce Teleky, a forerunner in the African American poster and print publishing world. Teleky published several posthumous Bearden prints, including several with the Romare Bearden Foundation, as well as the Faith Ringgold print Groovin High, 1996, also available in the sale from the estate ($3,000-5,000).

A run of AfriCOBRA artists is headed off by the earliest and largest of Wadsworth Jarrell’s significant 1970s paintings to come to across the block. Subway, a brightly colored 1970 acrylic-on-canvas scene of commuters waiting for the subway, exemplifies the goals of political and social consciousness of the movement ($100,000-150,000). Other works include a 1972 color screenprint Revolutionary by Jarrell, after the painting of the same name ($7,000-10,000), and Unite, a 1969 color screenprint by Barbara Jones-Hogu ($6,000-9,000). 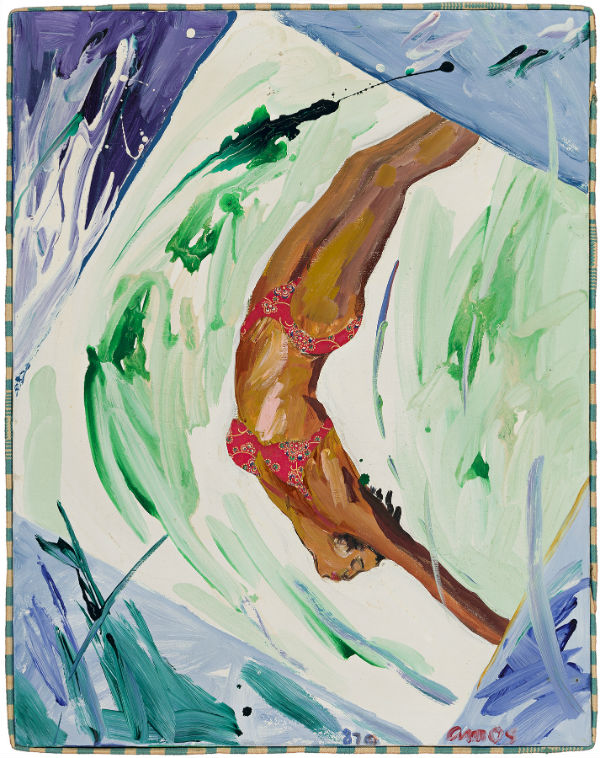 Limited previewing (by appointment only) will be available through December 9, 2020, to be scheduled directly with a specialist in advance and conforming to strict safety guidelines. Swann Galleries staff will prepare condition reports and provide additional photographs of material on request. Advance order bids can be placed with a specialist for the sale or on Swann’s website, and phone bidding will be available.