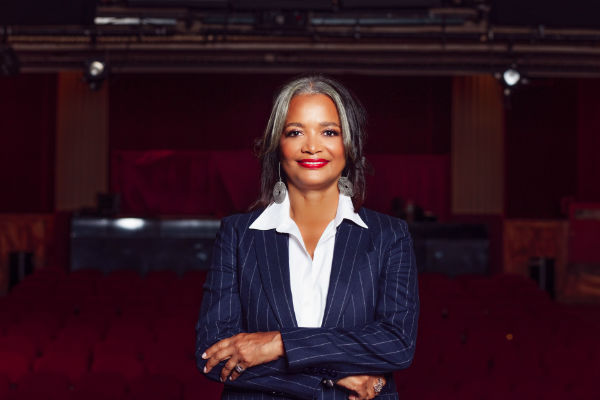 The honor is in acknowledgment of her humanitarian and philanthropic contributions to society.

The degree will be granted during the 154th Commencement Convocation on the main campus of Howard University’s Upper Quadrangle at 10 a.m. on Saturday, May 7, 2022.

In addition to Mrs. Procope, this year’s honorary recipients include Elizabeth Clark-Lewis, Ph.D., renowned public historian; Taraji P. Henson, Academy Award-nominated and Golden Globe-winning actress, filmmaker, philanthropist and entrepreneur; Robert L. Lumpkins, trustee emeritus of the Howard University Board of Trustees and a past vice-chairman; and Stacey J. Mobley, Esq., distinguished Howard alumnus and chairman emeritus of the Board of Trustees.

“Our 2022 honorary degree recipients are individuals whose professional success is measured by the service they’ve provided and the difference they’ve made in their respective fields. Just as Howard is guided by our foundational values of truth and service, so are these honorees motivated by their pursuit of the truth and the need to serve and give back to their communities,” said Dr. Wayne A. I. Frederick, president of Howard University. “As we celebrate our 154th Commencement Convocation, we embrace and recognize our honorees for their contributions both within and outside of the University. They have dedicated their talents and lives to improving the world – and for that we honor them.”

Procope received her B.A. Degree from Howard University before then obtaining her Juris Doctor from St. John’s University School of Law.

For the last two decades, she has led the legendary Apollo Theater and further established its cultural prominence and influence, through its myriad partnerships, community engagement events, and artistic and educational programs.

“For over 150 years, Howard has transformed lives by providing exceptional education, wisdom, and fellowship, that has propelled students to lead successful lives and careers.” said Jonelle Procope, President & CEO of the Apollo Theater. “I am truly humbled to accept this distinct honor from my undergraduate alma mater.”

Jonelle Procope is President and Chief Executive Officer of the Apollo Theater, one of the most iconic artistic theaters in the world.

Since 2003, she has guided a staff and executive team that is responsible for all financial, production and strategic functions of the Theater and has successfully restored the Theater to preeminence on Harlem’s world-renowned 125th Street.

Under Mrs. Procope’s leadership, the Apollo Theater has dramatically increased its base of financial support which most recently included visionary gifts from The Ford Foundation, Mellon Foundation, and philanthropist MacKenzie Scott.

These gifts have anchored the Apollo’s continued transformation into a vibrant 21st century performing arts center for future generations.

Through the creation of large-scale artistic initiatives and unique artistic collaborations with an array of prominent cultural organizations including The Smithsonian, Carnegie Hall, and the Kennedy Center for Performing Arts.

She has been profiled in The New York Times Public Lives column, which recognizes individuals who have distinguished themselves through significant contributions to New York City, named as one of Portfolio magazine’s “73 Biggest Brains in Business”, profiled in Ebony Magazine, and honored by The New York Daily News as one of “100 Women Who Shape Our City”.

Mrs. Procope was honored by the New York Women in Communications as the recipient of its 2014 Matrix award. She is an Executive Producer of the Emmy Award-winning HBO documentary — The Apollo — which debuted in November 2019.

Mrs. Procope was selected as one of the women visionary leaders for the Forbes 2021 inaugural “50 over 50” list highlighting exceptional women who are shaping the future of science, technology, and art.

In November 2021, Mrs. Procope was honored by New York Landmarks Conservancy as one of the “Living Landmarks” for her contributions to the City.

In addition to the Apollo Board of Trustees, Mrs. Procope is a member of the Board of Directors of SiriusXM, Lincoln Center for the Performing Arts, the Gracie Mansion Conservancy and NYC & Company.

She also serves on the NYC Landmarks50 Advisory Committee and was appointed by former New York City Mayor Bill de Blasio to the Arts, Culture and Tourism Advisory Council to advise on the re-opening and recovery of New York City from COVID-19 pandemic.

Mrs. Procope received her B.A. Degree from Howard University, her Juris Doctor from St. John’s University School of Law and is a retired member of the New York State Bar.

She is married to Frederick O. Terrell and resides in New York City. They are parents to Matthew and Evan Terrell.

Since its founding, the Apollo has served as a center of innovation and a creative catalyst for Harlem, the city of New York, and the world. With music at its core, the Apollo’s programming extends to dance, theater, spoken word, and more.

This includes the world premiere of the theatrical adaptation of Ta-Nehisi Coates’s Between the World and Me and the New York premiere of the opera We Shall Not Be Moved; special programs such as the blockbuster concert Bruno Mars Live at the Apollo; 100: The Apollo Celebrates Ella; and annual Africa Now! Festival.

Founded in 1867, Howard University is a private, research university that is comprised of 14 schools and colleges. Students pursue more than 140 programs of study leading to undergraduate, graduate and professional degrees.

The University operates with a commitment to Excellence in Truth and Service and has produced one Schwarzman Scholar, three Marshall Scholars, four Rhodes Scholars, 12 Truman Scholars, 25 Pickering Fellows and more than 165 Fulbright recipients.