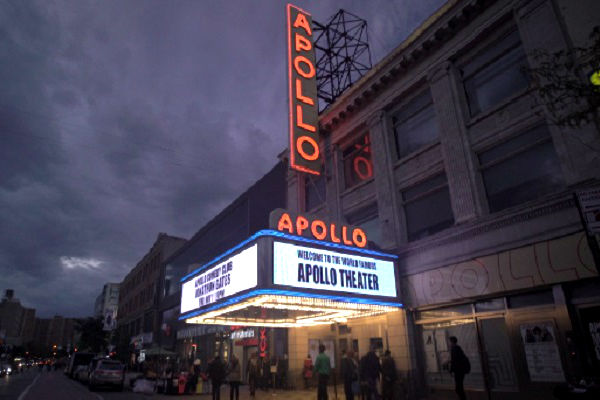 Apollo Theater announced that on Tuesday, June 2 at 7:30 p.m. it will present “Let’s Stay (In) Together: A Benefit to Support the Apollo Theater,” a special musical event streamed live at apollotheater.org. The evening will showcase guest artists performing the music of Apollo legends such as B.B. King, Patti LaBelle, and Stevie Wonder, and will highlight the Theater’s 86-year contribution to arts and culture.

The benefit is part of the non-profit Theater’s campaign to raise $4 million in critical support to safeguard the iconic institution’s future following the unprecedented cancellation of more than 100 programs.

“Let’s Stay (In) Together: A Benefit to Support the Apollo Theater” is part of Apollo Sound, which celebrates Black Music Month in June and will illuminate the power of music to transform, build community, and heal. In addition to raising funds for the Apollo’s innovative artistic and educational programs that serve more than 200,000 people annually, a portion of the resources raised will go towards a micro-grant initiative for local small businesses. Additional details will be announced at a later date.

“For more than eight decades, the Apollo Theater’s strength and resiliency have been as constant as the talent on our stages, but like non-profit organizations around the world, we are facing an unparalleled challenge. Immediate additional funding is critical for us at this time, and I am incredibly grateful to the generous donors and friends who have supported the Theater since we closed our doors in March,” said Jonelle Procope, Apollo Theater President & CEO.

“I hope this online celebration inspires people across the globe to come together and enjoy the sounds of the Apollo, as well as support the Theater’s mission to champion Black culture and the arts of the African diaspora. Through such generosity, we will be able to give back directly to the vibrant Harlem community that has supported us for many years.”

The Apollo Sound month-long celebration will kick-off on Monday, June 1 with DJ D-Nice, the DJ for the Apollo’s annual benefit for eight years, who will dedicate his wildly popular Instagram Live Club Quarantine dance party to the Theater. The special events will continue on Tuesday, June 2, 2020, at 7:30 p.m., with the free benefit concert, “Let’s Stay (In) Together” at apollotheater.org.

The evening’s Corporate Honoree is Gibson and the benefit will feature performances by an array of special guest artists, with details to be announced. It will also include special tributes, including a series of poems and performances dedicated to the memory of those who have lost their lives due to COVID-19.

“Music is one of the world’s enduring gifts, and its power to connect, transform, and heal have always been center stage at the Apollo,” said Kamilah Forbes, Apollo Theater Executive Producer. “Although our stages remain dark, the Apollo sound has never been more vibrant, and I’m grateful to DJ D-Nice for sharing it, and to Gibson for its support in helping us amplify our musical soundtrack while also raising funds for the Theater and our neighbors in Harlem.”

The Theater’s June 2 “Let’s Stay (In) Together” benefit concert will also be available for free streaming by media partner, TIDAL.

Additional Apollo Sound programs include never-before-seen photographs and video from the Apollo Theater Archives, Black Music Month teacher and resource guides, and special conversations with Apollo artists, with details to be announced at a later date. Current content on the Apollo’s Digital Stage includes past Amateur Night at the Apollo performances, live sessions with Apollo Music Café artists, past concert footage, and conversations with artists and thought-leaders including Ta-Nehisi Coates, Heather McGhee, and Donald Lawrence, among others. For a complete and updated schedule of events, please visit apollotheater.org/digitalstage

Affiliate May Deal: 15% Off Sitewide