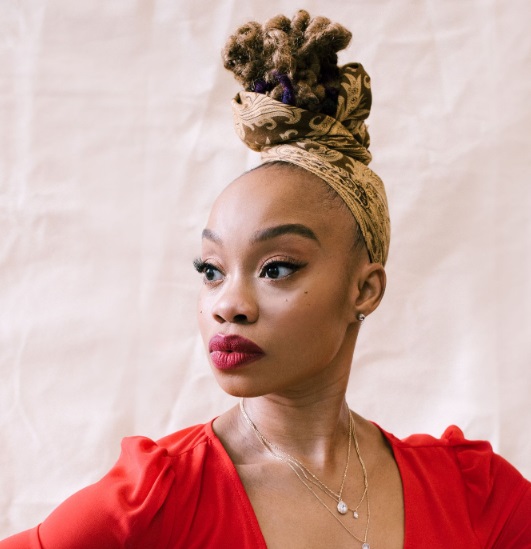 announced today its first multi-work commissioning initiative dedicated to the creation of a diverse, 21st-century American performing arts canon, Apollo New Works. Made possible with the support of a $2 million grant from the Ford Foundation for the creation of new work by artists of color, the initiative is also funded by a $1 million grant from The Andrew W. Mellon Foundation for the Apollo’s Master Artist-in-Residence, a central component of the program. Apollo New Works extends the non-profit Apollo Theater’s commitment to the articulation and projection of the African American and African diasporic narrative. Many of the works will premiere at the Apollo’s new theaters at the Victoria, scheduled to open in fall 2020. Apollo New Works will provide audience access to some of the commissions while in process and allow artists to respond to and be inspired by Harlem, the Apollo Theater, and its communities.

“Thanks to the generous support of the Ford Foundation and The Andrew W. Mellon Foundation, Apollo New Works expands our commitment to collaboration with established and emerging artists of color whose work is essential to the Apollo, Harlem, and the world,” said Kamilah Forbes, Apollo Theater

Executive Producer. “Artists reflect the celebrations and challenges of society, and our goal for this initiative is to champion a group of voices and promote a new generation of storytellers in an effort to develop a more diverse American canon.”

for working to cultivate and nurture another generation of brilliant artists,” said Darren Walker, President of the Ford Foundation. “Apollo New Works arrives at a necessary moment to inspire all of us to action, to help us make sense of these challenging times and, by providing these unique perspectives, rewrite what is possible and allow us all to see the world in a different way.”

“For more than eight decades, the Apollo Theater has been a center of innovation and a creative catalyst, not just for Harlem

and the city of New York, but throughout the world,” said Mellon Foundation President Elizabeth Alexander. “We are excited by the potential of these artist-led projects to help shape a new American canon.”

Apollo New Works inaugural series of commissions, which will be workshopped and presented in various stages of development, will feature world premiere performances, festivals, and programs from:

, America’s leading Latino dance organization, has partnered with the Apollo to create a new work. Choreographed by artistic director Eduardo Vilaro, the work will celebrate Latin music from the past 50 years.

and the site-specific vertical performance pioneers BANDALOOP will produce a one-of-a-kind event in recognition of the launch of the Apollo’s new theaters at the Victoria. Known for his unique fusion of hip-hop and classical music, Roumain will create the score for BANDALOOP’s celebratory performance high above the Victoria marquee.

will venture into the “wild corners” of her imagination to create and perform a new dance-theater work entitled Queens—a satirical, “historic phantasmal fairytale” about the five boroughs of NYC. This work is co-commissioned by the Apollo Theater and The Joyce Theater.

Movement artists and choreographers Lil Buck and Jon Boogz, together known as Movement Art Is, will celebrate the Harlem Renaissance

and explore historical dances that had an impact on the Harlem scene in the 1920s and ’30s through a brand new work that pays homage to pioneers and tells a contemporary story. Talvin Wilks will serve as director.

Artist and scholar Ebony Noelle Golden will create a site-specific, multidisciplinary performance triptych involving dance, music, and visual art that seeks to answer the question: “How does a liberated black feminist world operate, work, exist, and sustain when systems of oppression fall away?” This project will be developed in collaboration with Dr. Alexis Pauline Gumbs, and is a part of Park Avenue Armory’s 100 Years | 100 Women initiative, which features new works in response to and in celebration of the centennial of the ratification of the 19th Amendment.

Black Gotham Experience, led by artist and historian Kamau Ware, will design a site-specific, immersive walking tour that centers on and celebrates the Harlem Renaissance and the Apollo’s rich history. They aim to take a historical view that grounds African-American history in Harlem with the African Diaspora.

will curate and produce 20 ten-minute plays by 20 distinct playwrights that will premiere at the Apollo Theater’s two new theaters at the Victoria. The playwrights will be responding to an urgent prompt similar to past New Black Festival themes, such as “Hands Up” or “Facing our Truth.”
Utilizing hip-hop and some of the most poignant and profound voices of the Harlem Renaissance, such as Langston Hughes and Zora Neale Hurston

In recognition of the 100th anniversary of the Harlem Renaissance, Talvin Wilks, a New York City/Minneapolis-based scholar, playwright, and director, will explore the impact of the Harlem Renaissance, its artists and politics. His work, which will be published and available for free, will shed a vivid light on Harlem in the 1920s and ’30s and examine how organizations such as the Apollo give important cultural context to the trajectory of Black art in America. Mr. Wilks will also serve as the director of the Lil Buck and Jon Boogz project, and dramaturg for Camille A. Brown’s Queen.

“The Apollo reminds me that I am a free black woman and that freedom is our birthright. This moment is historic in the trajectory of my artmaking,” said Ebony Noelle Golden. “I am honored and grateful to create with an institution that has liberated the hearts and minds of so many by amplifying the boundless power of black creative expression.”

“It’s such a blast to my artistic ego to be in collaboration with the iconic Apollo Theater,” said Keith Josef Adkins of The New Black Fest. “I’m looking forward to curating into the future with the Apollo’s artistic leadership.”

In addition to the commissions, Apollo New Works includes projects from the Apollo’s Master Artist-in-Residence Ta-Nehisi Coates, the program’s inaugural artist. Coates’ residency was launched in September 2019, featuring the author in conversation with Oprah Winfrey at the Apollo to kick off his book tour for The Water Dancer, and the three-year initiative will include events on the Apollo’s historic stage and at the theaters at the Victoria. The residency provides leading artists of color with a home to create new works, curate and develop programs for the Apollo, and engage with students for the Apollo’s education programs.

Apollo New Works builds upon the Apollo’s previous commissions, including the 2018 stage adaptation of Ta-Nehisi Coates’ Between the World and Me; and the 2017 genre-defying opera We Shall Not Be Moved by Daniel Bernard Roumain, Marc Bamuthi Joseph, and Bill T. Jones, co-commissioned by Opera Philadelphia.

The theaters at the Victoria draw upon the Apollo’s longstanding role as an anchor in the Harlem community and enable the Theater to increase the number of performances, community, and educational programs it offers. The two new performance spaces are integral to Apollo New Works and provide additional resources and space for the Theater to incubate and development these commissions. Part of the Victoria Theater Redevelopment Project, a public and private partnership, the theaters at the Victoria are scheduled to open fall 2020.

With music at its core, the Apollo’s programming extends to dance, theater, spoken word, and more. This includes the world premiere of the theatrical adaptation of Ta-Nehisi Coates’s Between the World and Me and the New York premiere of the opera We Shall Not Be Moved; special programs such as the blockbuster concert Bruno Mars Live at the Apollo; 100: The Apollo Celebrates Ella; and the annual Africa Now! Festival. The non-profit Apollo Theater is a performing arts presenter, commissioner, and collaborator that also produces festivals, large-scale dance and musical works organized around a set of core initiatives that celebrate and extend the Apollo’s legacy through a contemporary lens, including the Women of the World (WOW) Festival as well as other multidisciplinary collaborations with partner organizations.

Since introducing the first Amateur Night contests in 1934, the Apollo Theater has served as a testing ground for new artists working across a variety of art forms and has ushered in the emergence of many new musical genres—including jazz, swing, bebop, R&B, gospel, blues, soul, and hip-hop. Among the countless legendary performers who launched their careers at the Apollo are Ella Fitzgerald, Sarah Vaughan, Billie Holiday, James Brown, Stevie Wonder, Gladys Knight, Luther Vandross, H.E.R., D’Angelo, Lauryn Hill, Machine Gun Kelly, and Miri Ben Ari; and the Apollo’s forward-looking artistic vision continues to build on this legacy.

In fall 2020, the Apollo Theater will mark its first ever physical expansion with the theaters at the Victoria, part of the vision for a future Apollo Performing Arts Center. The theaters at the Victoria will support the growth of the Apollo’s artistic programming as it continues to provide a home to artists of color, create an expanded 21st-century American performing arts canon, and provide additional educational and community programming in Harlem and beyond. For more information about the Apollo, visit www.ApolloTheater.org.