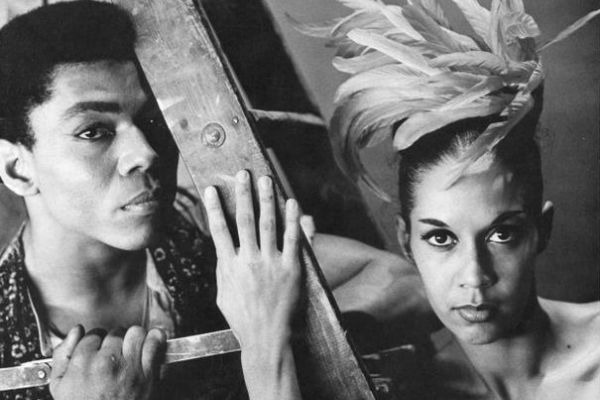 Fox Searchlight has just announced that Harlem’s Alicia Keys and others will Produce and Barry Jenkins (Moonlight, If Beale Street Could Talk

) will direct its untitled film based on the life and work of Alvin Ailey.

and I are thrilled that Academy Award-winner Barry Jenkins will be directing Fox Searchlight’s major motion picture on Alvin Ailey, an American trailblazer who broke down barriers and opened doors for others,” said Alvin Ailey American Dance Theater Artistic Director Robert Battle. “It’s also very meaningful that Barry – someone who grew up just streets away from me in Liberty City

and who, like Alvin Ailey, knows personally how the arts can change lives – will be bringing this seminal story to the screen.”

The announcement comes on the heels of Ailey’s 60th Anniversary celebration and just a week ahead of the Company’s Lincoln Center season in New York City June 12-16, which will celebrate Alvin Ailey’s lasting influence through a variety of programs. The Ailey Spirit Gala on June 13, 2019, celebrates the 50th Anniversary of The Ailey School, which Mr. Ailey founded in 1969 to bring world-class training to a wider range of young people. Ailey Pride Night on June 14 will spotlight the LGBT icon through two works – Rennie Harris’ acclaimed Lazarus and Mr. Ailey’s masterpiece Revelations – and will feature a Dancers Responding to AIDS appeal to raise funds for those battling the illness. The season culminates on June 16, 2019, with an evening honoring dance icon Carmen de Lavallade, who was a close friend of Mr. Ailey’s and introduced him to dance when they were both students in Los Angeles.

The script for the film will be written by Julian Breece (When They See Us). Fox Searchlight has also secured the rights to Jennifer Dunning’s seminal biography Alvin Ailey: A Life In Dance