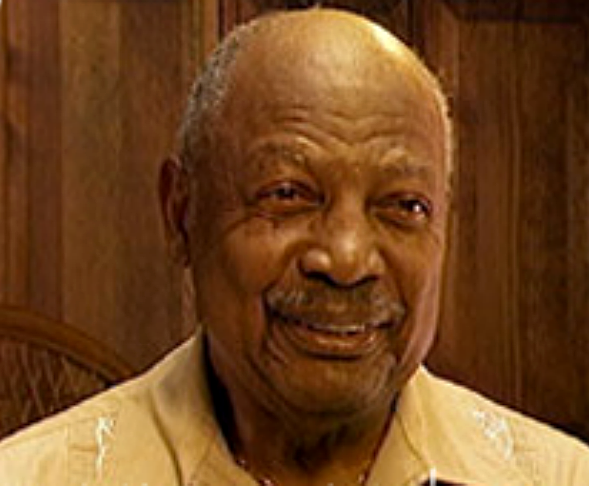 Lionel McMurren was born in Harlem

, New York, on October 21, 1925. At the age of two, his mother died and he was raised by two aunts in Elizabeth City, North Carolina, and also by a great aunt in New York. McMurren attended public school in New York and went on to attend Brooklyn College. Because he was drafted in 1944 and served in the Pacific Rim Theater, McMurren did not complete his A.B. from Brooklyn until 1949. A year later, he went on to earn an M.S. from City Colleges of New York

. In 1968, he received a professional diploma in instructional administration and a Ph.D. in 1980, both from Fordham University.

McMurren began his professional career in 1951, working as a health education community center teacher. In 1954, at the Methodist Camp Service, McMurren provided summer camp opportunities for inner-city youth. He did this for twenty years, both full and part time, rising eventually to the position of executive director. Also in 1954, McMurren returned to the junior high school of his youth, Frederick Douglass Junior High School, where he showed a particular talent in working with youth. Over the next ten years, McMurren would rise to dean of students and acting assistant principal. In 1964, McMurren took another position as a guidance counselor at a junior high school in Manhattan, and in 1966 he became the assistant principal of P.S. 78 Elementary School. Returning to Frederick Douglass

, McMurren assumed the position of principal in 1969, and remained there until 1982.

McMurren was promoted to deputy superintendent of schools of New York in 1982, and remained there until 1986. McMurren continued to work in education even after leaving his post, both as a consultant and an associate professor at City Colleges of New York. In 2005, McMurren completed on an autobiographical account of his experiences at Frederick Douglass, entitled Frederick Douglass P.S. 139

: A Citadel of Inspiration–its Aura and Impact : a Story of a Harlem School.

Beyond his years as an educator, McMurren was active in social and civic organizations. He held numerous positions with St. Mark’s Methodist Church

after first becoming involved in 1940. He was a member of several fraternal organizations, and has been involved with the Minority Task Force on AIDS.

McMurren’s former wife, Dorothy, died in 1987. He later remarried and moved, with his wife, Jean, to Sarasota, Florida.