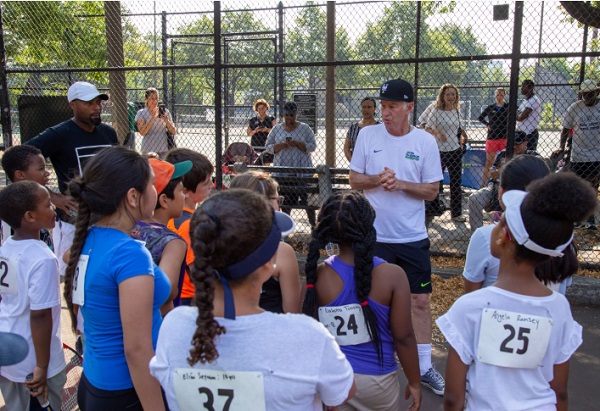 On Thursday, July 18, 2019—After returning from an exciting trip to London for Wimbledon 2019, tennis icon and commentator John McEnroe is keen to mint the next young phenom a la Wimbledon breakout star Cori “Coco” Gauff—right here in NYC. 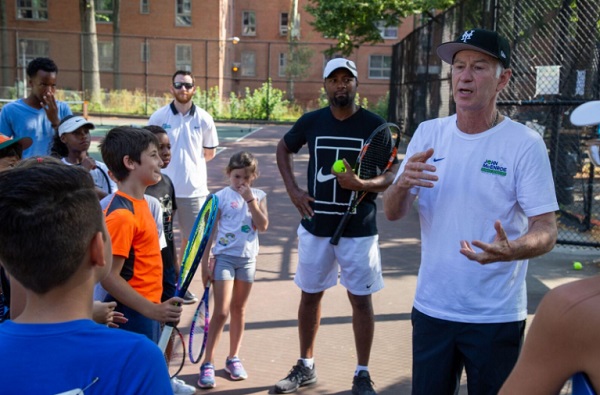 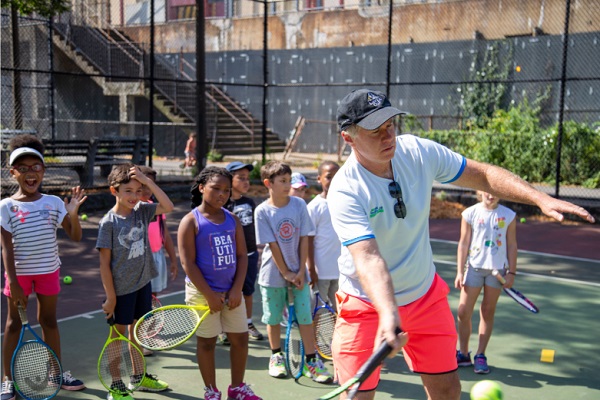 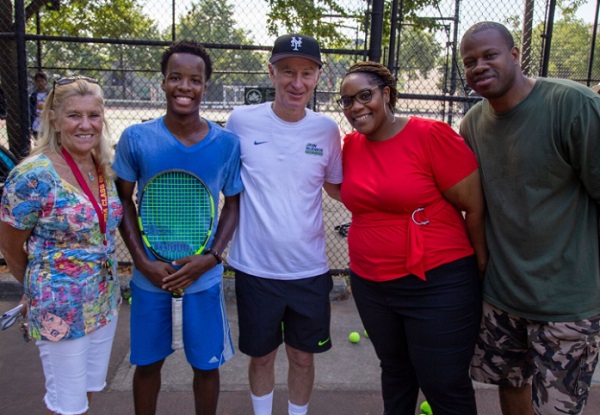 “I grew up in Queens, and obviously it’s exciting to see tennis revitalized here in New York City,” said JMTP/JMTA Founder and Director John McEnroe, “Tennis teaches many life skills, and it’s is a game you can play all your life, so it feels great to be able to introduce more young people to the sport. Of course, the ultimate satisfaction would be to have a kid from the Bronx or Harlem or Queens train with us and go on to win the US Open. And that’s what we’re trying to do!”

“Through the Johnny Mac Tennis Project, we’re able to work with kids who might not otherwise have access to tennis,” said JMTP/JMTA Co-Director Patrick McEnroe, “and we welcome tennis lovers to help us by getting involved in various ways. We just had a great comedy fundraiser at Caroline’s of Broadway this spring with top comedians and coming up on August 24th we’re holding our annual Pro-Am tournament on Long Island. It’s a great way to support the JMTP cause, connect with other tennis fans and support the sport all year long.”

Since JMTP’s founding, over 5,000 young New Yorkers in communities adjacent to Randall’s Island have enjoyed free, school-based, programs offered at the SPORTIME/JMTA facility. In addition, JMTP and SPORTIME have awarded over 250 scholarships to children who live in those communities, many of whom were introduced to the sport through JMTP programming, as well as to others throughout the city. 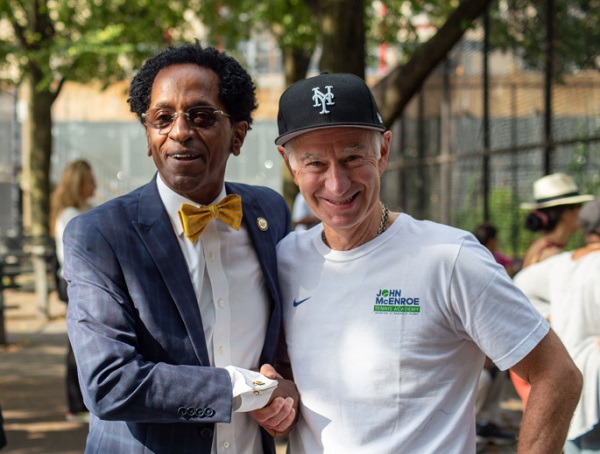 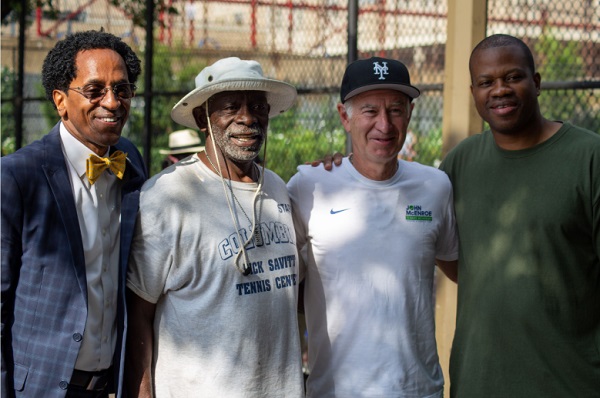 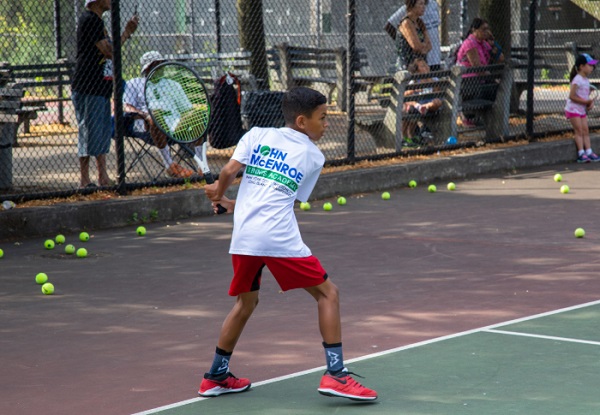 The Johnny Mac Tennis Project (JMTP) changes young lives by removing barriers to success through tennis. A 501(c)(3) nonprofit, JMTP introduces the sport of tennis as a life-long health, fitness and social activity to thousands of under-resourced New York City area kids, particularly those living in East Harlem and the South Bronx, two communities adjacent to JMTP’s home at SPORTIME Randall’s Island. For a smaller group of dedicated young athletes, JMTP provides a pathway to success through competitive tennis, leading to college scholarships, careers in the industry, and, for a few, professional tennis careers and, perhaps, Grand Slam titles.

SPORTIME is proud to operate the finest tennis facilities in New York State, with over 150 indoor and outdoor courts at 13 clubs across Long Island, in NYC, in Westchester and in the NY Capital Region. SPORTIME’s clubs are state-of-the-art, yet affordable, and feature the best tennis facilities and programs, along with great gyms, camps and sports and fitness offerings. SPORTIME is proud to be the home of the John McEnroe Tennis Academy at Randall’s Island since 2010, with JMTA locations at Syosset/Bethpage, Long Island, and Lake Isle, Eastchester, since 2012, and at Amagansett, Long Island, since 2015.