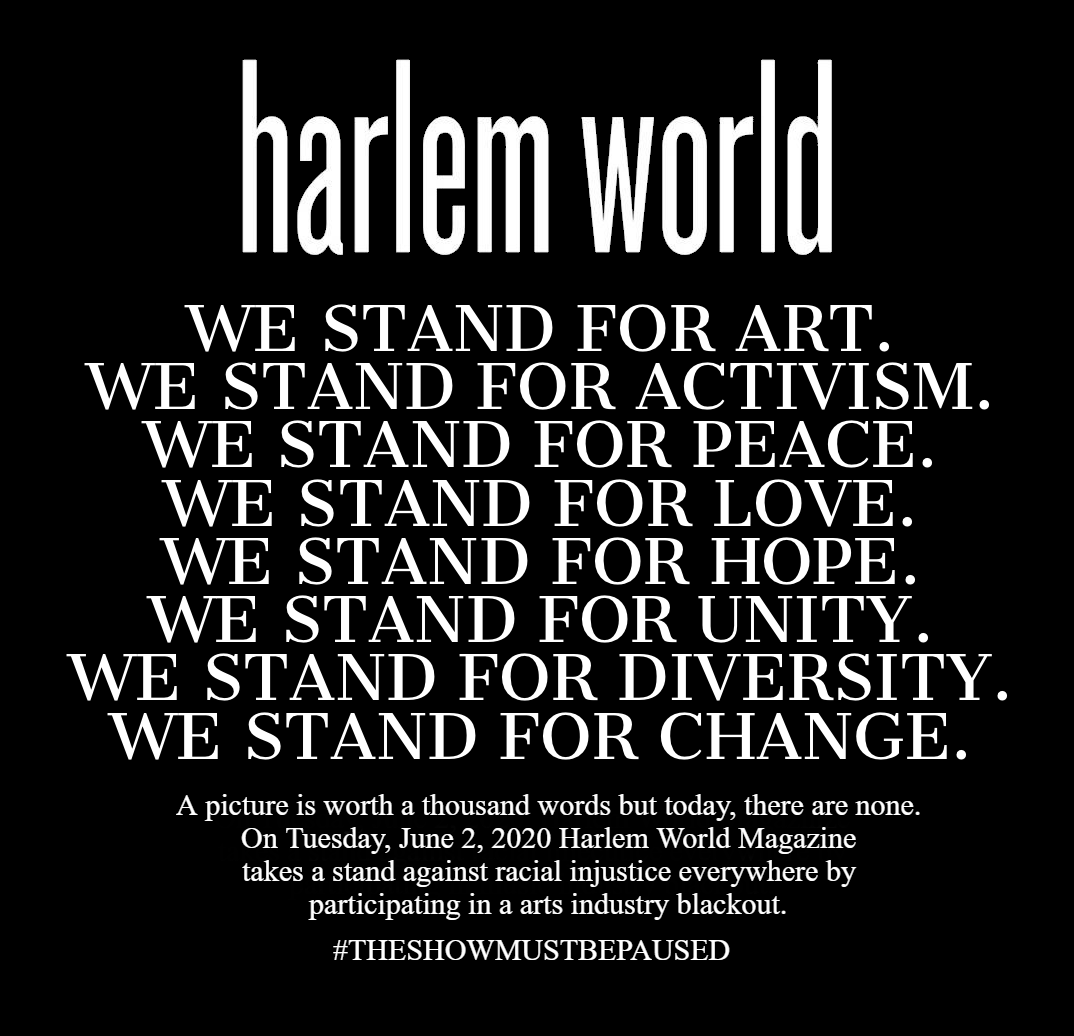 Blackout Tuesday is a collective action to protest racism and police brutality. The action, is organized within the creative industry in response to the murders of George Floyd, Ahmaud Arbery, and Breonna Taylor. Businesses taking part are encouraged to abstain from creating and other business operations. Some outlets will produce programming of blacked out, silent or minimal programming for 8 minutes and 46 seconds, the length of time Derek Chauvin’s knee compressed George Floyd’s neck before he was murdered.

Blackout Tuesday stemmed from the original initiative  #TheShowMustBePaused created with the concept in mind that “These injustices we are facing in America are not limited to just our community. This is a global initiative and our efforts will include members worldwide.”

Businesses will participate in different ways. Black folks are asked to not buy or sell on today to show economic strength and unity. Spotify announced it would be adding an 8-minute and 46-second moment of silence to certain podcasts and playlists for the day.

Organizations supporting Blackout Tuesday that today could be an opportunity for reflection on racism and the effects of racism on society. Others will use this as an opportunity to take time from work to focus on helping others. According to artist and Harlem World Magazine publisher Danny Tisdale, “This is not just a 24-hour initiative. We are and will be in this fight for the long haul. A plan of action will be announced.”  This is only phase one of a multi-phase movement.