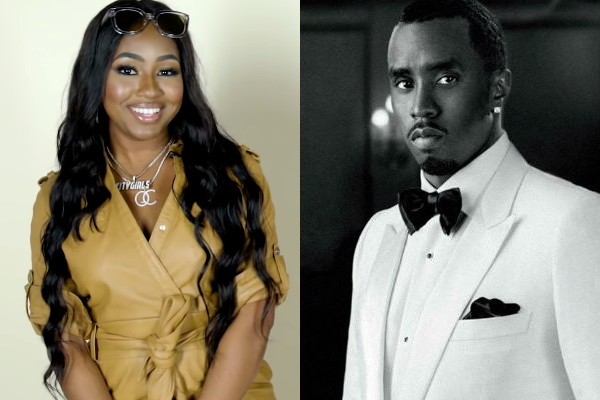 However, one photo in particular of Yung Miami and Diddy looking intimate on a staircase at the party really caused excitement online from fans.

The Harlem rap mogul, 51, and rapper, 27, sparked dating rumors after they seemed to be showing some public displays of affection in the photo, uploaded to Yung Miami aka Caresha Brownlee’s Instagram page.

In the photo, Caresha and Diddy are holding hands while walking down a staircase in their formal wear for the event.

Their fans naturally want to know — what was the reason for them holding hands like that? As far as we know Diddy, aka Mr. Love is a single man and looking for his “vibe,” as he likes to say

Just last week, he seemed to be putting out the bat signal for ex-girlfriend J. LO, sharing an old photo of them to his IG account as she reconnects with her ex-Ben Affleck.

Diddy has a reputation for trying to sink his teeth in young, successful women, so could Caresha be the one?

Unfortunately, fans are not happy. The photo caused so many jokes at the expense of Yung Miami who has a rocky relationship with the father of her child, super-producer Southside.

Fans assumed Caresha is now single since Southside is known for his anger in situations involving other men showing Caresha attention.

Miami and Kodak dated before Kodak went to jail; and while he was imprisoned, she became pregnant with Southside’s baby reports Bossip.

Kodak then made a song, rapping about punching his ex Caresha in her stomach, SMH. He later apologized.

But back to Harlem man Diddy and Yung Miami — could they be dating are are we missing something here?