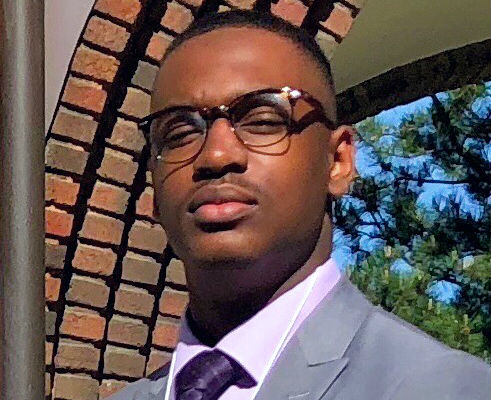 Harlem has one Noble Prize winner, won by Harlemite Dr. Paul G.Falkowski, now if all everything goes as planned we may have another.

Tahvis Magruder of Harlem, NY is just one of just seven students, internationally, to receive a travel grant to Stockholm, Sweden to participate in Nobel Week, which took place from December 5th to the 10th, 2019.

The highly competitive Nobel Week is a cornerstone program of the National Society of High School Scholars (NSHSS) and is hosted by Stockholm University. Each year, 25 U.S. and international high school seniors and college students are selected to participate in the program. NSHSS is the premier international honors and scholarship program co-founded by Claus Nobel, the great-nephew of Alfred Nobel

Nobel Week is hosted by the University of Stockholm and features a live stream broadcast of the 2019 Nobel Prize awards ceremony. A centerpiece event, “Into the Unknown,” brings together Nobel Laureates, the world’s leading scientists, key opinion leaders, and policymakers to stimulate discussion at the highest level on a topical science-related theme. Other powerful elements are discussions surrounding 2019 Nobel Prize winners in such topics as physics, chemistry, and economic sciences. NSHSS is inspired by the mission of the Nobel Prize to support academic achievement and world betterment. NSHSS pursues this mission by connecting members with scholarships, college fairs, internships, career and leadership opportunities, and more.

Think, for a second, of a time where you were faced with a challenge, a struggle, or inevitable fate. Think back to a challenge that tested every optimistic fiber within your body and forced you to utter those two appalling words “I can’t”. How often do you hear the words “That can’t be done” or the word ”Impossible”? These are disappointing moments that we face in life. However, it is when I see the purpose of Stockholm Nobel Week that I am honored with the opportunity to participate and be surrounded by words like “can”, “possible”, and “cure”. Research is the foundation of the world’s greatest breakthroughs and newest discoveries, and it is through Nobel Prizes that the top-performing and elite scientists are recognized. Being selected to be a recipient of the Nobel Prize Award is a once-in-a-lifetime and highly exemplary honor as a scientist.

Coming from a single-parent household in Harlem, NY where success was always expected and my purpose was to pursue each day not only by merely surviving but being a change to the world, I discovered my purpose at an early age. Coming from a pioneer high school where I was ranked Class of 2017 Valedictorian and being a multifaceted artist, actor, musician, servant and well-traveled Tae Kwon Do fighter, I have been brought up by the very words of “It takes a village to raise a child

Through my undergraduate experience at Morehouse College

in Atlanta, Georgia, I am continuously exposed to the possible in the impossible. Morehouse is the very school where no other than the world’s greatest symbol of peace, Dr. Martin Luther King Jr

. graduated. Defying those odds and dedicating your time and expertise to a goal of changing the world for the better is a path I wholeheartedly want to dedicate my future years too. I want to lead groundbreaking research within my lifetime but I want to additionally bring a perspective that will offer a different story to the science community. I wish to participate in the Stockholm Nobel Week

activities because this opportunity will impact my life in a whole new realm. As an undergraduate-scientist, I hope to gain connections and advice from those groundbreaking leaders who, by their hands, knowledge, and vision discovered the impossible. Since the age of thirteen, I have traveled to medical schools, research centers, and hospitals to gain my interest and curiosity for neurosurgery and neuroscience around the nation. However, I have never traveled beyond the United States border for an opportunity that aligns with my life goals and desires in generating world-changing opportunities for future generations as being selected for Stockholm Nobel Week will.

The future of science is within me and my fellow peers participating in this once in a lifetime opportunity. Being a part of this opportunity will not only change my life as a future physician-scientist but also as a future Nobel Prize winner who is thriving within me at this moment.

We look forward to Harlem’s Tahvis Magruder work in the future.