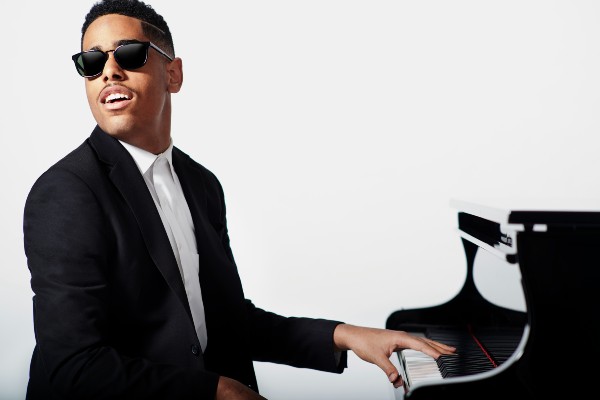 “Harlem Stage is thrilled to once again open our beloved venue to live audiences with a steadfast commitment to health and safety and accessibility for all who enter our doors. As an arts organization dedicated to commissioning and presenting works by visionary artists of color, the generous support of our funders — including The Ford Foundation, Doris Duke Foundation, The Black Seed, The Howard Gilman Foundation, Upper Manhattan Empowerment Zone, and Bloomberg Philanthropies — has not only allowed us to survive during the pandemic, but we have thrived and are stronger and better than ever,” Cruz said.

Cruz continued, “With these major investments, Harlem Stage has widened our circle of artists, enhanced our production capabilities, and launched virtual programming. We have also used this time to restructure our organizational leadership, strengthen our digital infrastructure and employ new technologies to better serve our audiences, staff, and the community. And, we are just getting started.”

Tickets for the 2021 fall season are on sale now via HarlemStage.org. Performances take place at Harlem Stage Gatehouse (150 Convent Avenue at West 135th Street, Manhattan), except where noted. Season production dates, times, ticket prices, and performance genre are listed below.

Drew Dollaz, Brooklyn-based choreographer, dancer, and Harlem Stage WaterWorks Emerging Artist (formerly Fund for New Work) is a champion of Flexin’, a gracefully flowing and near-impossible elastic amalgam of street dance, ballet, and modern performance. Dollaz’s uniquely memorable movement involves elegant delicacy, gravity-defying footwork, glitchy pop-locking, and outrageous “bone-breaking” contortion. His newly choreographed small ensemble work, IMPERFECT, commissioned by Harlem Stage, is anchored by original works of spoken word artist Steve Connell with creative direction by dance theater director Chisa Yamaguchi. Inspired by a social media campaign as an active step to address the rampant effects of bullying and how we carry those toxic experiences in our bodies throughout our lives, IMPERFECT, a double entendre of “I’m perfect” and “imperfect,” is a multidisciplinary work that considers how these profound scars can perpetuate deep divisions but just as trauma can be biologically inherited, so too can resilience.

Since receiving his Harlem Stage honor, he has received numerous accolades including the 2019 and 2020 ASCAP Foundation Herb Alpert Young Jazz Composers Award, appeared on CBS “60 Minutes,” and was chosen as a 2021 joint Artist in Residence at ALL ARTS. Whitaker’s new album not only communicates his growth as a player, composer, and bandleader but also the importance of community and the connections it fosters. Having been musically trained in Harlem, it’s fitting for Whitaker to debut his new album at the Harlem Stage Gatehouse, celebrating his ties to the city that has shaped him as one of the leading artists of his generation. Whitaker is joined by Marcos Robinson on guitar, Karim Hutton on bass, and Isaiah Johnson on drums.

Considered one of the most controversial and progressive composers of the 1970s and ’80s, Julius Eastman’s music bonds minimalism, jazz, and pop to create a joyous mesmerizing experience. Building on the traditions of his minimalist contemporaries, such as Steve Reich and Philip Glass, Eastman’s music has drive and propulsion but is considered to be more influenced by organic harmonic changes than strict structures.

Tragically, Eastman’s music was nearly completely lost after he was evicted from his New York apartment in the late 1980s; his scores and music mostly lived on only with those who knew him after he died, alone, in 1990, and was nearly forgotten forever. Those who knew him as a strong, vocal African-American queer artist say he left a deep impression on New York and that this late revitalization of his work will become a pillar in the development of contemporary music.

In this performance of Eastman’s 1974 work Femenine, which The New York Times describes as “meditative, kaleidoscopic, [and] eventually ecstatic,” 10 musicians from the Harlem Chamber Players and Talea Ensemble pay tribute to Eastman’s work as an important statement to the community and commitment to solidifying Eastman’s place in the canon.

Hailing from Guinea, singer/songwriter Natu Camara is one of its brightest musical stars and a committed activist for the empowerment and education of girls and women in West Africa.

Heralded as the “Tina Turner of Guinea,” Natu Camara has established herself as an impassioned performer whose commitment to social justice has solidified her unique presence in global music. Her years leading West Africa’s first all-female hip-hop group, The Ideal Black Girls (IBG), in the early 2000s inspired an entire generation of girls to believe Guinèya Moumonèra, meaning It’s Not a Shame to Be a Woman — which was the name of their multi-platinum opus advocating for women’s rights. Even in her solo debut Dimedi (“Child” in her native language, Susu), she continued to inspire her fans by emphasizing the significance of children having positive role models. Camara fought tooth and nail to expand her presence to New York, rapidly learning English, forming a band, and writing an entirely new form of music while still underscoring her values. A Harlem resident, her performance in her own backyard at the Harlem Stage Gatehouse with her six-piece band, will pull from across her catalog, and showcase new material.

Performing her songs in five languages, Camara’s commitment to speaking “the language of the heart” landed her on NPR’s Tiny Desk Meets globalFEST 2021, and she was a 2020 NYC Women’s Fund for Media, Music, and Theatre (NYFA) recipient. Staying true to her roots, The New York Times describes her evolutionary music as “West African pop [with] a tinge of American funk [where] she offer[s] determinedly uplifting messages.” Camara’s unique life experience has allowed her to blend Afro-rock, pop, and soul, speaking to the range of heroes who have influenced her individual sound: Miriam Makeba, Nina Simone, Fela Kuti, and Baaba Maal.

Camara’s foundation, DIMEDI (“Child”), supports local organizations to mentor and empower young girls and support education as a tool to reduce poverty in Guinea. She finds a way to speak to the silent minority through her music. The foundation is quickly garnering support from the Guinea government, and the US Embassy in Guinea.

PARTIDO by MUSIC FROM THE SOLE

World premiere, co-presented in collaboration with City College Center for the Arts

The world premiere of Partido at the Harlem Stage Gatehouse is presented by tap dance and live music company Music From The Sole, which celebrates tap’s Afro-diasporic roots, particularly its connections to Afro-Brazilian dance and music, and its lineage to forms like house dance and passinho (Brazilian funk). Music From The Sole is led by Brazilian choreographer Leonardo Sandoval and composer/multi-instrumentalist Gregory Richardson.

Partido is a reflection of Sandoval’s experience as an Afro-Brazilian immigrant and artist in the United States, connecting tap with styles like samba and house dance through shared rhythms and footwork. Collaborating with Richardson, their union is described by DanceTabs as “a friendly conversation, their voices replaced by tapping feet, claps, snaps, and pizzicato strings. It was bliss.” The performance features a diverse group of six talented tap dancers and a three-piece band, including piano, saxophone, and bass, that deliberately invites the dancers to play percussion instruments at times. Co-presented with City College Center for the Arts, Partido hopes to convey tap’s essence as a crossing point for Black dance and music, especially in Harlem — a central place in tap history.

Sotashe, born in South Africa and arriving in New York as a Fulbright Program scholar, has performed with celebrated jazz legends, received the Van Lier Fellowship for Music at Joe’s Pub/The Public Theater, and made his commercial off-Broadway debut as part of the cast in Black Light.

Pattishall, who studied with celebrated jazz pianist Marcus Roberts, was awarded the 2019 Aaron Copland Fund Recording Grant. In 2021, he released his debut album Zodiac, a reimagining of the Zodiac Suite by pioneering pianist and composer Mary Lou Williams.

Both experts in their own right, Sotashe and Pattishall earned endorsements from Wynton Marsalis, who invited Sotashe as a featured artist on his 2018 winter tour and shortlisted Pattishall among his favorite young improvisers.

In this special duo presentation, Sotashe’s soulful vocals, described as “a bright tenor that can easily spring from sonorous depths to the full-bodied top of his impressive range” (The Atlanta Journal-Constitution), perfectly infuse with Pattishall’s “desire to push at the harmonic borders” (JazzTimes), creating a sensual vulnerability and intimacy. In a set that ranges from the Great American Songbook to South African Xhosa hymns to Stevie Wonder, Sotashe and Pattishall display their range as musicians, and artists as memory-keepers.

At the beginning of the COVID-19 pandemic, alto saxophonist Lakecia Benjamin forged ahead with the March 2020 release date for her third full-length album, Pursuance, which pays homage to the genius of John and Alice Coltrane. The ambitious album went on to be listed in Amazon Music’s best songs of 2020 and was named one of the albums of the year by the 2020 NPR Music Jazz Critics Poll. Described by The New Yorker as a “crafty traditionalist who remains in step with the rhythms of the young generation,” Benjamin’s success on the record lies in her ability to fuse elements from across genres into the already expertly crafted jazz tunes that the Coltranes constructed decades ago.

Keeping the Coltranes’ essence present, the album features an astonishing cross-generational ensemble of over 40 jazz heavyweights that includes Ron Carter, Dee Dee Bridgewater, Meshell Ndegeocello, Marc Cary, and Jazzmeia Horn, among others. Catch Benjamin’s live performance of her award-winning album at the Harlem Stage Gatehouse with Zaccai Curtis on piano, EJ Strickland on drums, and Lonnie Plaxico on bass.

Tickets are available online via HarlemStage.org, or in-person at the box office.

Location & Box Office Hours: Harlem Stage Gatehouse is located at 150 Convent Avenue at West 135th Street, Manhattan. Regular box office hours are 10:00 AM – 3:00 PM, Monday through Friday, except on performance days when the box office remains open until one hour after the start of the performance.

Harlem Stage is the performing arts center that bridges Harlem’s cultural legacy to contemporary artists of color and dares to provide the artistic freedom that gives birth to new ideas. For nearly 40 years, Harlem Stage has stood at the intersection of art and social justice with a singular mission to perpetuate and celebrate the unique and diverse artistic legacy of Harlem and the indelible impression it has made on American culture. We provide opportunity, commissioning, and support for artists of color; make performances easily accessible to all audiences; and introduce children to the rich diversity, excitement, and inspiration of the performing arts. For more information, visit www.harlemstage.org.