“We are deeply concerned with the lack of consistent and up-to-date information from the New York City Department of Health and Mental Hygiene (DOHMH) following reports of New York City Housing Authority (NYCHA) residents recently diagnosed with Legionnaires disease,” said Rep. Adriano Espaillat (NY-13). “For this reason, we are calling for an immediate and comprehensive testing protocol to be implemented for all NYCHA buildings in housing complexes throughout New York City. It remains imperative that the inspection and testing begin immediately to ensure the safety and well-being of NYCHA residents, our constituents, and all New Yorkers.” 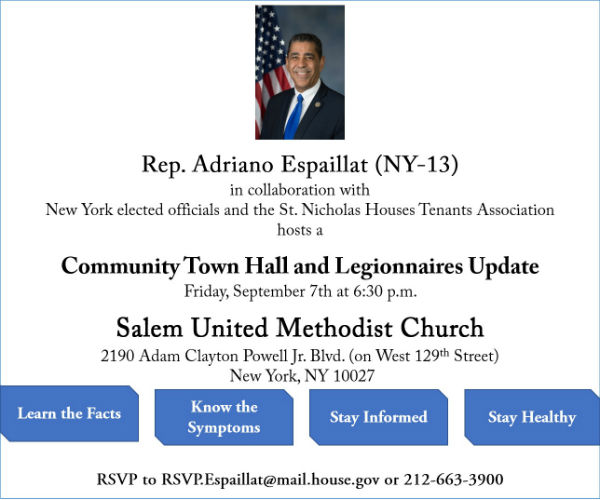