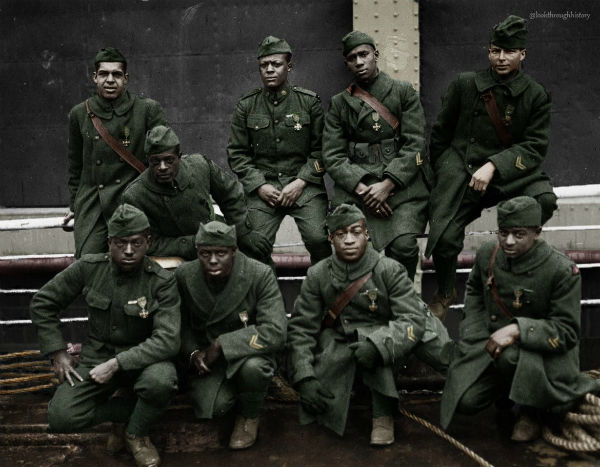 Today, Representative Adriano Espaillat spoke on the United States House floor in support of H.R. 3642, The Harlem Hellfighters Congressional Gold Medal Act of 2021, which passed in the House earlier this afternoon.

The following are remarks by Rep. Espaillat, as prepared for delivery:

“Thank you Mr./Madam speaker. And thank you Congressman Suozzi for your leadership on this bill and for working with me in this fight for justice. I’d also like to thank Chairwoman Waters and Ranking Member McHenry for working with us to get this bill out of the committee.

“Today, I rise to support this bill and to honor a group of brave men who have yet to receive their due commendation, the Harlem Hellfighters. This distinguished group of African American and Puerto Rican men were patriots of the highest valor. Their bravery, dedication, perseverance, and service helped the United States and our allied forces in our fight to secure victory.

“But, Mr./Madam Speaker, these fighters weren’t even permitted to serve alongside their fellow white soldiers. Our government threw them by the wayside – assigning their unit to the French, rather than our own! They put their lives on the line for the freedoms enshrined in our Constitution, despite doing so at a time when many like them did not enjoy the very freedoms they fought to protect.

“These men spent 191 days in combat and were the most active regiment throughout the entirety of the First World War. Under constant enemy fire and cast away from the nation they swore an oath to protect, they still persevered. Fighting until the end.

“There is no doubt that their heroism impacted the outcome of World War I, and undoubtedly, American History. This bill is a necessary first step to righting this decades-old injustice.

“It’s about time that the Harlem Hellfighters’ invaluable contributions be commemorated, and their service be formally recognized by this government. Let’s finally give these men the Congressional Gold Medal they deserve.

“Thank you, and I yield back.”