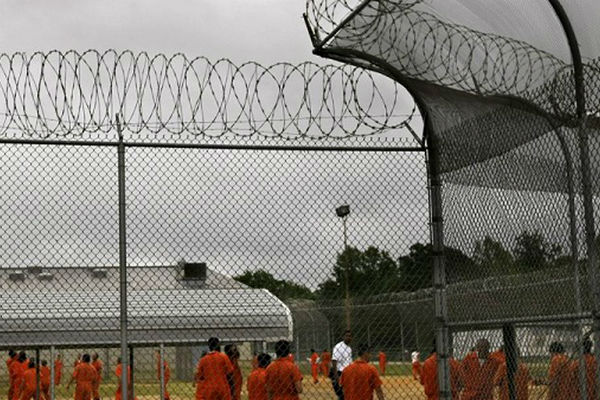 This is due to the physical and emotional trauma inflicted at the detention facility under the agency’s supervision. During a Congressional Delegation visit organized by the Congressional Hispanic Caucus (CHC) last month to the Irwin County Detention Center, Rep. Espaillat met with a number of women at the center who have been subjected to horrific health procedures and examinations reported nationally.

“I am deeply troubled by the horrific stories that were shared with me during my visit with women who are detained at the Immigration and Customs Control (ICE) jail in the Ocilla, Georgia. They underwent procedures that sterilized them preventing them from having children and suffered greatly,” said Rep. Espaillat. “Their treatment is a violation of civil rights and human rights and no one should ever suffer such abuse.

“As many of them continue to suffer following this incident, I am calling on the facility to release them so that they may recover and receive proper medical attention and care. My office is working closely with family members as well as legal representation to ensure the health, safety and eventual release for each of the women.”

Text of the letter may be viewed in its entirety here or below:

During a Congressional Delegation visit organized by the Congressional Hispanic Caucus to the Irwin County Detention Center, I met with a group of women, some of whom were subjected to the horrific health procedures and examinations described in the recent media reports that sparked our investigatory visit. During my conversation with a few of these detainees, I agreed to work with them to ensure their health, safety and eventual release.

The women I had the opportunity to speak with described conditions and treatment the likes of which would be grounds not only for a blockbuster medical malpractice lawsuit, but I dare say also for criminal charges against the medical “professionals” in question and potentially for those under your supervision who allowed it to persist. These women shared that they felt as though they were treated inhumanely – describing details of personal violation and physical abuse incongruent with professional gynecological standards of care, not to mention our nation’s core rights and values. As a fellow father and immigrant, I am sure you would never allow a loved one to endure such heinous abuse without corrective recourse.

As a result of the disturbing accounts of invasive, reckless, and cruel medical attention several of these individuals underwent, many of them are understandably scared for their health and safety. One of the women continues to exhibit potentially life-threatening after-effects following a procedure she received from the now-infamous Dr. Amin. The medical treatment these women received at the Irwin County Detention Center, as well as the facility’s abysmal record on the safety and health of its detainees – particularly as relates to COVID-19 – put them at serious risk if they do not receive proper, immediate medical care.

Accordingly, I urge the agency to facilitate the immediate release of these individuals from the Irwin County Detention Center and allow them to recuperate physically and emotionally. They must heal in a place where healing is possible, and no detention facility under your agency’s supervision meets that bar.

Enclosed, you will find a copy of a confidential letter I have provided to a legal representative seeking to assist some of the detainees in question. I thank you for your prompt attention to this matter and look forward to your timely response.