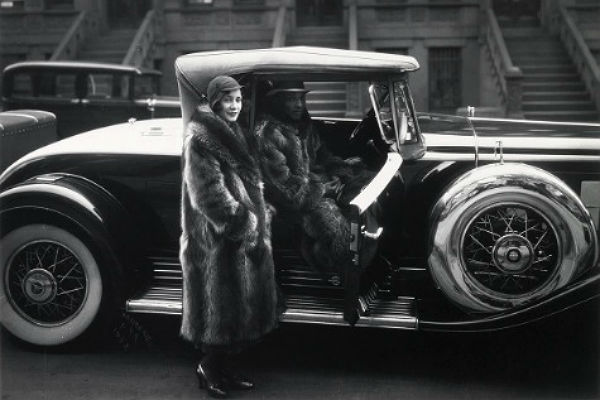 Organizers today announced the second phase of the Harlem Renaissance 100.

Harlem Renaissance 100 will present most events on the second and fourth Sunday of each month during the summer with more events to be announced for the Fall. The full Summer schedule is below.

Spearheaded by Harlem One Stop, this unprecedented partnership comprised of over 40 of Harlem’s most esteemed cultural institutions will not only celebrate the centennial and its cultural legacy but also spotlight the vibrancy and creative energy of today’s Harlem seeking to inspire the next generation of artists.

“The purpose of Harlem Renaissance 100 is to inform, educate and re-connect communities to the momentous movement that made Harlem world-renown then and which still resonates today,” said Yuien Chin, Executive Director, Harlem One Stop. “We are so excited to be able to continue this next phase of the initiative. With so much going on in the country particularly surrounding the Black experience in America, we felt it was only right to continue to present events under the Festival and to carry forth in the spirit of what the Harlem Renaissance represented – which was the resiliency and brilliance and contributions of African Americans to American culture. Also, now that we are going virtual, it will allow the celebration to truly go global and to reach audiences all over the world.”

Originally called the New Negro Movement, the Harlem Renaissance was a cultural, social, and artistic eruption born in Harlem at the end of World War I and spanning through the mid-1930s. Growing out of the Great Migration – the relocation of millions of African Americans from the South to other parts of the country – and the emergence of Harlem as the premier black metropolis in the United States, the Harlem Renaissance was an unrivaled period of brilliance in both profound intellectual expression and preeminent entertainment that went on to become a global movement. With his seminal essay, “The New Negro,” Alain Locke, considered to be the Father of the Harlem Renaissance, opined that this movement of intellectual liberation would be a precursor to social change, ushering in a new revolution.  Central artistic figures of the Harlem Renaissance include: Locke, Langston Hughes, Countee Cullen,  Zora Neale Hurston; Jacob Lawrence , Bessie Smith, Billie Holiday, and Paul Robeson, W.E.B. Du Bois, Marcus Garvey, and James Weldon Johnson.

Harlem Renaissance 100 sets a path to bolster Harlem’s legacy for future generations and to draw together historic preservation, cultural identity, and community empowerment as an economic generator of local and visitor engagement.

A Conversation with Yuval Taylor, Author of Zora and Langston: A Story of Friendship and Betrayal

Presented by: Harlem One Stop

They were best friends. They were collaborators, literary gadflies, and champions of the common people. They were the leading lights of the Harlem Renaissance. Zora Neale Hurston, the author of Their Eyes Were Watching God, and Langston Hughes, the author of “The Negro Speaks of Rivers” and “Let America Be America Again,” first met in 1925, at a great gathering of black and white literati, and they fascinated each other.

Join Dr. Vanessa Valdes, Director of Black Studies, The City College of New York, and Herb Boyd, Journalist, Educator, Author and Activist in an engaging discussion with Yuval Taylor, author and senior editor Chicago Review Press as they discuss the relationship between Hughes and Hurston and the Harlem Renaissance.

Presented by: Harlem School of the Arts

A Concert for Justice

The Importance of Being Earnest

In celebration of the 100th Anniversary of the Harlem Renaissance, the Harlem Shakespeare Festival in partnership with the Harlem Cultural Collaborative present “The Importance of Being Earnest” set in 1920’s Harlem. With high style, dynamic dialogue and the music that changed a nation, two young gentlemen, living in Harlem and Westchester, have taken to bending the truth in order to put some excitement into their lives. Things start to go awry when they end up together at the country estate. The cast of nine classically trained actors of color will provide a glimpse of America’s black bourgeoisie in Oscar Wilde’s fun-loving and hilarious comedy of manners.

In this engaging lecture architect and historian, John Reddick, will explore the colonial aesthetic in Harlem’s early “modern” architecture, considering how it served as a backdrop to the jazz age. Discussing select local early twentieth-century designs, such as the Roger Morris Apartments (555 Edgecombe) and Colonial Parkway Apts. (409 Edgecombe). Reddick will place these “Dark Towers” in the context of Harlem’s architecture and social status. For more information, please visit: www.morrisjumel.org

Presented by: The Wallach Art Gallery

In celebration of the Harlem Renaissance centennial, the second iteration of the Wallach Art Gallery’s Uptown triennial, Uptown 2020, will present works by contemporary artists who have been inspired by this important expression of modernism. Contemporary works will be exhibited alongside several historical works.

Several exemplary objects from the Harlem Renaissance will make up the historical component of the Uptown 2020 exhibition including: Alain Locke’s seminal publication of The New  Negro; an early edition of God’s Trombones: Seven Negro Sermons in Verse by James Weldon Johnson and illustrated by Aaron Douglas; Harlem Hospital WPA murals by Charles Alston, Alfred Crimi, Vertis Hayes, and Georgette Seabrooke; a sculpture by Augusta Savage, and a photograph by James Van Der Zee. The rise of jazz music during the era of the Harlem Renaissance will be explored via a tableau of sound recordings, photographs, and a set model by Joseph Urban for the 1929 Ziegfeld Theatre production of Show Girl featuring Duke Ellington and his Cotton Club Orchestra. This event is free and open to the public.

Please Note: This schedule is a highlight of events part of the Harlem Renaissance 100 Celebration. Additional events to be announced at a later date. Events listed subject to change.

Harlem Renaissance 100 is a community-led celebration marking the landmark 100th anniversary of the Harlem Renaissance. This celebratory community collaborative effort is comprised of over 40 Harlem cultural institutions who will be spearheading the celebration and the launching of an extended series of programs, events and cultural activities. Harlem Renaissance 100 will showcase the artists of today while highlighting the artistic and creative energy and exuberance that became the nexus of African-American cultural identity a made Harlem a world-renown community.

Harlem Renaissance 100 sets a path to bolster Harlem’s legacy for future generations and to draw together historic preservation, cultural identity, and community empowerment as a generator of local and visitor engagement.

Harlem One Stop is a 501(c)3 community-based destination marketing organization and tour operator for upper Manhattan–Harlem & Washington Heights-Inwood, committed to the preservation of Harlem’s cultural and historic assets while contributing to the economic development of the area. Founded in 2006, Harlem One Stop’s goal is to identify opportunities for economic equity uptown. By establishing strategic alliances and collaborating with a network of cultural institutions and business organizations, Harlem One Stop presents upper Manhattan as a premier destination to the local, regional, domestic, and international visitor/travel sectors through its diverse marketing initiatives.

Initially incubated by the West Harlem Community Preservation Organization and funded by a cultural tourism grant from the Arts & Business Council/NYSCA, Harlem One Stop is designed to boost tourism, strengthen Harlem/New York’s ability to draw diverse visitors, give tourists a greater choice of authentic experiences and foster exciting collaborative opportunities to market ethnic and artistic traditions.