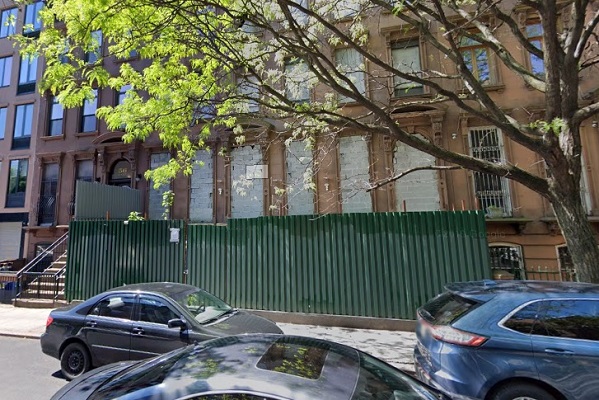 GISELE Allard should be a multimillionaire by now. Instead, she’s worried she could end up homeless.

On Thursday, two Harlem properties that Ms. Allard bought in the 1980s – 239 Lenox Ave, three blocks from a new Whole Foods – and 32 W 120th St, across from Marcus Garvey Park – were sold at a foreclosure auction for a combined total of US$5.5 million.

Last month, her home at 50 E 126th St, was sold at auction for US$1.2 million, her lawyer Robert Strougo said.

Ms Allard, 75, will realize none of the gains from the sale of her property portfolio – which began when the Montreal native arrived in New York after a divorce and couldn’t afford to live in most neighborhoods reports source.

“I had no money and I needed to be in a place that was relatively inexpensive,” Ms Allard said in an interview. “The only place I could afford was Harlem.”

It was the 126th Street property that was Ms. Allard’s undoing. She bought it 21 years ago for US$135,000. But the place was known for drug dealing, and banks wouldn’t touch it, so she took a US$100,000 personal loan from the seller. Then he died, and unsure where to send the payments, she eventually stopped making them, she said. Ms Allard and her lawyers say that the debt, through the cruelty of compounded interest, is nearing US$8 million.

She filed for bankruptcy in 2018, hoping to stave off the foreclosure of the home on East 126th Street.

Instead, the move made her other assets fair game for liquidation to settle her debts.

She still owns one more property, on 119th Street, which could also face foreclosure if the court determines her debts haven’t been satisfied.

“This will throw me on the street,” Ms. Allard said. “I’m very close to becoming homeless.”

Last week, there were 28 bidders at the auction for the 120th Street property, which sold for US$2.78 million, according to court records. There were 22 bidders for the building on Lenox Avenue, with the winner agreeing to pay US$2.73 million.