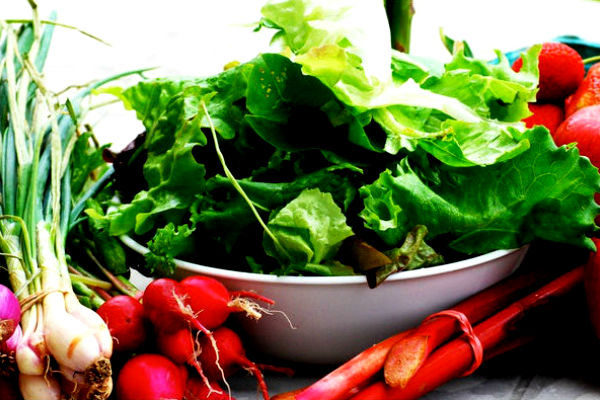 Finding ways for kids to eat their vegetables can be a difficult task for many parents from Harlem to Hawaii. Now, researchers from the University of Eastern Finland are calling on parents to take their own advice to make the process easier.

According to the researchers, kids are more likely to incorporate healthier foods into their diets if they see both of their parents doing the same.

“A positive example by both parents is important, as is their encouragement of the child,” said researcher Kaisa Kähkönen.

The researchers had 114 kindergarteners and their parents participate in the study, with the parents completing surveys on the family’s eating patterns.

The survey included questions on the children’s typical diets, how often they were eating fruits and vegetables, and when the family ate together, among other topics.

Previous studies have revealed how mothers’ eating habits can affect their children, but the researchers found that both parents are equally responsible for encouraging their kids to incorporate more fruits and vegetables into their diets.

Dinnertime was found to be the best meal for parents to create teachable moments around food, and it also offers the opportunity for parents to provide variety in their dishes by exposing young ones to several different healthy options.

“Variation can be created by serving raw vegetables, such as the ever-popular cucumber and tomato, accompanied by cooked ones,” Kähkönen said. “In fact, many root vegetables, cabbages, and squashes are best served cooked.”

When it came to eat cooked versus raw vegetables, the researchers found that parents served different roles here.

While fathers were more successful at getting their kids to eat cooked vegetables, mothers served as better role models at adding in more fruits, berries, and raw vegetables.

“This shows that teaching children to eat their greens is not something mothers should be doing alone,” said Kähkönen.

Earlier this year, researchers found that when kids watch cooking shows and are an active part of the cooking experience, they’re more likely to choose healthier options.

The study found that the shows were a great learning opportunity for young people, as it clearly laid out healthy food choices.

Having this knowledge then empowered them to make their own healthy choices, and proved that this is an easy way to keep kids engaged in healthy eating reports Consumer Affairs.