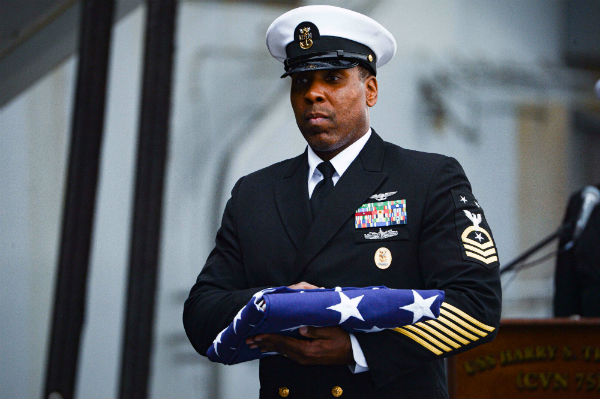 The photograph was taken as he presents the National Ensign during a burial-at-sea in the Arabian Sea December 28, 2019. The Harry S. Truman Carrier Strike Group is deployed to the U.S. 5th Fleet area of operations in support of naval operations.

The ship is to ensure maritime stability and security in the Central Region, connecting the Mediterranean and the Pacific through the western Indian Ocean and three strategic choke points.