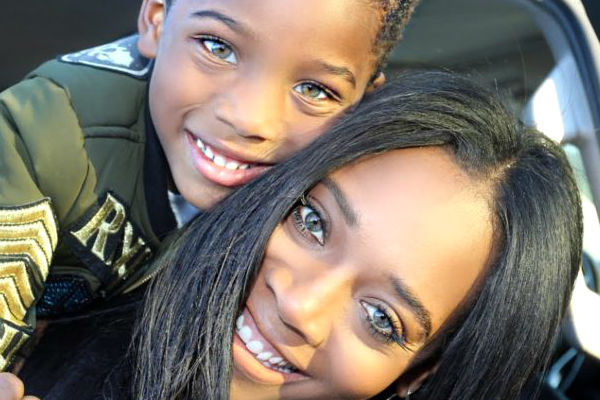 Yandy Smith was born on March 19, 1982, in Harlem, went to school at Howard University, she is a reality TV star from VH1’s Love & Hip Hop

. Yandy Smith is a mother, producer, and wife of co-star Mendeecees Harris

. The TV reality series was started on March 14th, 2011. It mostly talks about the lives of a number of New York women with their involvement with hip hop music. One of them is nicely played by Yandy Smith. This time, this short article is about to give you a short biography of this female figure.

Yandy Smith now enjoys a successful life as a TV reality cast member and producer. She made a number of appearances in Two Days in Harlem

and Happy Birthday which were both released in 2014. Yandy Smith also took part in Big Morning Live in 2011. It seems like the TV reality series in VH1 is the most meaningful show for her. This is where she met the love of her life, Mendeecees Harris. After years of involving in romantic relationship with the star of Love & Hip Hop, she finally got married to Mendeecees Harris. They now live happily with two children, Omere Harris, and Skylar Harris. In 2016, Mendeecees Harris checked himself into federal prison in Pennsylvania after being sentenced to eight years in prison for drug trafficking. At the end of 2016, rumors started spreading alleging that Yandy Smith

Yandy Smith Before The Fame

Before she became a famous figure in the industry of TV reality series, Yandy Smith was living her life as an executive assistant at Violator Management. She had shown her producing capabilities by promoting a rapper named Jim Jones

. Smith actually comes from the same place where Mendeecees Harris

started his life. Being born in Harlem, New York, she found many things in common with Mendeecees Harris

and finally end up with a happy marriage with two children now. The marriage itself actually took place in 2015 on May 25th. Smith also made her appearances on the Love & Hip Hop

in the 3rd and 4th seasons. In those seasons, you can also a nice performance from Joe Budden

Yandy Smith has earned a position on Billboard Magazine’s Top 30 executives at a young age, she was not even thirty years old at that moment. The Love & Hip Hop turned out to be a very successful reality TV series on VH1. It has come up with at least six successful spin-offs including Love & Hip Hop: Atlanta

, K. Michele: My Life and Love & Hip Hop: Hollywood. If you have seen a TV reality series entitled This Is Hot 97

, do acknowledge that it is another successful spin-off from the famous VH1’s reality TV show starred by Yandy Smith.

Yandy Smith is a good example of a successful actress and producer who has a great plan for her life. Under her management, she now has a net worth of more than $15 million. Her marriage with Mendeecees Harris

turned out to be a great milestone of her career and life. Now, she is a successful entertainer and a mother to her two children.