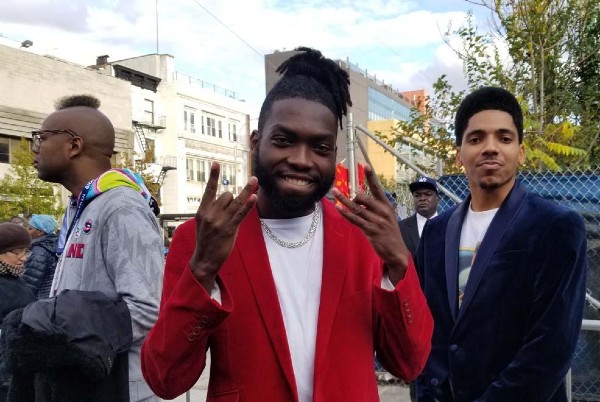 Don Fryson, President and CEO and Voza Rivers, Chairman of the Board and Executive Producer / Clean Money MusicTM proudly announce the signing and release of New York City.

Produced by Reek Rhythm, the song is high energy and fast-paced. It features ARNSTAR (from Nick Cannon’s Wild n Out and Growing Up Hip Hop New York), Big Dilf and Moe Black.

TYDRE is a recent graduate from Virginia State University. He’s a native New Yorker raised in both Mount Vernon and the Bronx.

TYDRE is co-host of Hip Hop Blvd Podcast (alongside its CEO Al Pizarro), and is the youngest voting board member of the organization

TYDRE brings a unique sound and meaningful lyrics. His stage presence accompanied by electrifying dancers is a show you don’t want to miss.

A community activist and motivational speaker, TYDRE is a living example of the message he delivers.

His philosophy is simple ― create lyrics that positively impact youth and uplift our communities.

TYDRE, recently seen on New York One days before the presidential inauguration, is destined to become a major voice in the world of hip hop.

GOAT MODE is set to release Friday, February 19, 2021 and will be streaming on all major platforms. To support this rising star, listen and download the single at MusicOnNWS.com.