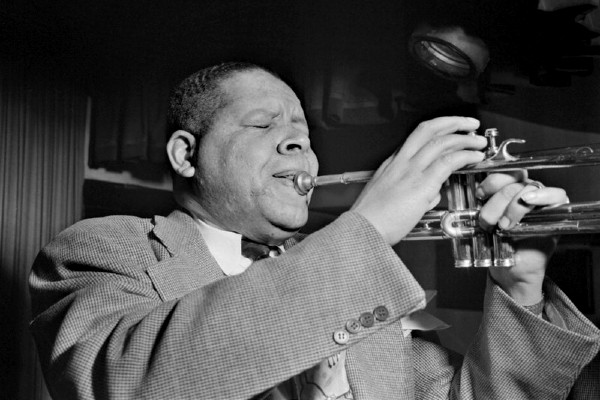 Whose playing has been claimed by Joachim-Ernst Berendt and others as the first to fully incorporate the innovations of Louis Armstrong.

Allen was born in the Algiers neighborhood of New Orleans, Louisiana, the son of the bandleader Henry Allen. He took early trumpet lessons from Peter Bocage and Manuel Manetta.

Allen’s career began in Sidney Desvigne’s Southern Syncopators. He was playing professionally by 1924 with the Excelsior Brass Band and the jazz dance bands of Sam Morgan, George Lewis, and John Casimir.

After playing on riverboats on the Mississippi River, he went to Chicago in 1927 to join King Oliver’s band. Around this time he made recordings on the side in the band of Clarence Williams.

After returning briefly to New Orleans, where he worked with the bands of Fate Marable and Fats Pichon, he was offered a recording contract with Victor Records and went to New York City, where he joined the Luis Russell band, which was later fronted by Louis Armstrong in the late 1930s.

He played with Lucky Millinder’s Mills Blue Rhythm Band from 1934 to 1937, when he returned to Russell for three more years, by which time Russell’s orchestra was fronted by Louis Armstrong. Allen seldom received any solo space on recordings with Armstrong but was prominently featured in the band’s live performances, even getting billing as a featured attraction.

As a bandleader, Allen recorded for Victor from 1929 through 1930. He made a series of recordings as co-leader with Coleman Hawkins in 1933 for ARC (Banner, Melotone, Oriole, Perfect, Romeo, etc.) and continued as an ARC recording artist through 1935, when he was moved to ARC’s Vocalion label for a popular series of swing records from 1935 through late 1937.

A number of these were popular at the time. He did a solitary session for Decca in 1940 and two sessions for OKeh in 1941. After World War II, he recorded for Brunswick in 1944, Victor in 1946, and the world-famous Apollo Theatre in Harlem around 1947.

Allen continued making many recordings under his own name and also with Fats Waller and Jelly Roll Morton and accompanied such vocalists as Victoria Spivey and Billie Holiday. After a short stint with Benny Goodman, Allen began to lead his own band at the Famous Door in Manhattan. He then toured with the band around the United States into the late 1950s.

In December 1957, Allen appeared with Pee Wee Russell on the television program Sound Of Jazz. In 1959, he made his first tour of Europe when he joined Kid Ory’s band. He led the house band at New York’s Metropole Cafe from 1954, until the club ceased its jazz policy in 1965.

Allen returned to working under his own name and made numerous tours of the United States and Europe. He was diagnosed with pancreatic cancer in late 1966. After undergoing surgery, he made a final tour of England, which ended six weeks before his death, on April 17, 1967, in New York City.

He is buried, in the newer section of Saint Raymond’s Cemetery in the Bronx, in grave 52 of section 15. He was survived by his widow, Pearly May, and a son, Henry Allen III.

On June 25, 2019, The New York Times Magazine listed Red Allen among hundreds of artists whose material was reportedly destroyed in the 2008 Universal fire.

Red Allen’s trumpet style has been described, by Joachim-Ernst Berendt and others, as the first to fully incorporate the innovations of Louis Armstrong and to develop an emphasis on phrasing.

Allen’s recordings received much favorable attention. His versatility is shown by his winning of DownBeat awards in both the traditional jazz and the modern jazz categories.

Phohot credit:1) Wikiedpia. 2) Henry Red Allen is probably in my top 3 favorite trumpet players of all time. This is clip is an example of his greatness. Accompanying him is his all-star band: Coleman Hawkins on saxophone, Rex Stewart of the cornet, Jo Jones on drums, Milt Hinton on bass, Pee Wee Russell on clarinet, Danny Barkerand on banjo, Vic Dickenson on trombone. This is taken from the Sound of Jazz, a CBS special that appeared in the 50s.