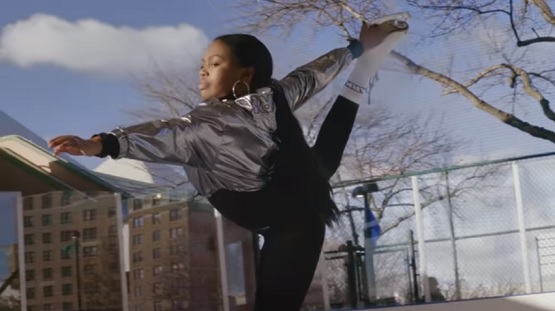 Saturday, December 14, 2019, at 4 P.M., Ice Theatre of New York (ITNY) will present its annual free Winter Holiday Skating Celebration at the rink at Denny Farrell Riverbank State Park in Harlem. ITNY will be bringing together world-class professional skaters as well as presenting young performing apprentices both in solo and group performances.

The show will feature performances by the professional ITNY Ensemble, the champion synchronized skating team, The Skyliners, and young teams from Figure Skating in Harlem, the Knickerbocker Skating Club and the local Riverbank Figure Skating Club, all culminating in the lighting of the Christmas Tree by local dignitaries. (Program subject to change.) In addition, volunteers from the Local Starbucks Community Store will serve free hot chocolate to those in the audience.

This concert is part of Ice Theatre of New York’s Outreach and Education Programming and is presented to the community free of charge. Founder Moira North believes that, “It’s always been an integral part of our mission to build new audiences and to introduce the values of the athleticism and artistry of figure skating to young children and skaters. We look forward to our annual Winter Holiday Skating Celebration each year and hope that it brings joy and inspiration”.

Founded in 1984 by Moira North, Ice Theatre of New York (ITNY) has changed the face of figure skating by creating works that integrate the sensibilities of movement, music and art. Its mission is to elevate dance on ice as a performance art. Through its performances in both traditional and site-specific venues, ITNY presents ice dance that opens one’s eyes to seeing skating in unexpected ways. ITNY was the first ice dance company to receive dance program funding from the National Endowment for the Arts, the New York State Council on the Arts and the New York City Department of Cultural Affairs. In addition to building and performing works of artistic merit, ITNY also reaches out to the next generation of skaters and audiences through education, community outreach and training programs.

Tickets: the event is free of charge

For more information on Ice Theatre of New York or to purchase tickets for upcoming shows call 212.929.5811, or visit www.icetheatre.org.