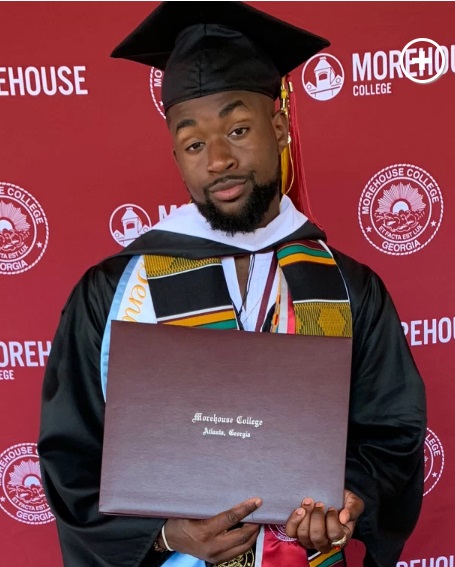 A Harlem college graduate says his life has been changed after learning billionaire tech mogul Robert F. Smith who graduated from Columbia University was picking up the tab for his student loan debt.

The 56-year-old Smith, who founded the San Francisco-based private equity firm Vista Equity Partners and is estimated to be worth $5 billion, was given an honorary doctorate at the ceremony Sunday.

“On behalf of the eight generations of my family who have been in this country, we’re going to put a little fuel in your bus,” Smith told graduates at Morehouse College, whose alumni include Martin Luther King Jr., Spike Lee and Samuel L. Jackson.

“This is my class, 2019. And my family is making a grant to eliminate their student loans.”

Harlem business administration major Elijah Dormeus, 22, told The Post the donation was “a miracle.” The New York native — said the crowd went crazy when Smith made the announcement, also a surprise to Morehouse College staffers.

“It’s going to change my life, and now I plan to pay it forward,” Dormeus said.

One of nine siblings and the first to graduate from college, the New Yorker said he considered dropping out several times because he couldn’t afford the tuition.