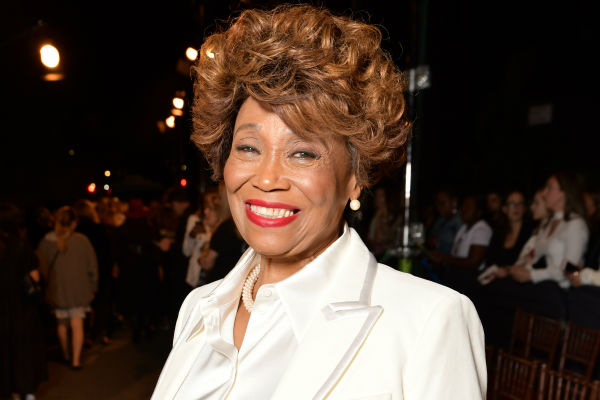 The Mama Foundation for the Arts announces open auditions for all roles in the upcoming performances of Mama, I Want to Sing

, the classic gospel musical created by Vy Higginsen and Ken Wydro. Auditions will take place on Saturday, September 28th (for those who sign up between 1:30 pm and 3:00 pm) at The Mama Foundation for the Arts, located at 149 West 126th Street (between 7th and Lenox Avenue). All roles are open; the leads are African American women in their ages 18 – 60; African American men ages 20s – 60; and ensemble soloists and chorus members of all ages and ethnicities.

With book and lyrics by Vy Higginsen and Ken Wydro, and original music by Wesley Naylor, Mama, I Want to Sing

has been performed locally in Harlem, New York; as well as nationally and internationally for over three decades.

will return to the theatre where it began, The Heckscher Theatre, now known as El Teatro of El Museo del Barrio, located at 1230 5th Avenue (at 104th Street). In celebration of the classic gospel musical’s 35th anniversary season, Mama, I Want to Sing will play two special performances that afternoon at 1 PM and 5 PM.

Mama, I Want to Sing

tells the story of a talented young girl who dreams of leaving her church choir to pursue a life in popular music, despite strong objections from her mother. A tribute to the many African-American artists with church choir roots who rose to fame in the 1950s, 60s, and 70s, creator Vy Higginsen based her musical on the life of her sister, Doris Troy, whose 1963 hit “Just One Look” launched her to international fame.

Related:  Tim Hardaway’s Motivation From Harlem To His Big Payback

Says Ms. Higginsen, “I am very excited to once again hold open auditions for Mama, I Want to Sing. The last time that we did, several years ago, we saw so many talented, spirited individuals that Ken and I created a show, Alive! – 55+ and Kickin’, for and with the people we saw back then. I’m proud to say that the show went on to be performed in repertory with Mama and our other shows, was profiled on CBS’ “60 Minutes

,” will soon be performed regionally around the country, and is currently in development for a possible filmed adaptation.”

The original production of Mama, I Want to Sing

opened on March 23, 1983, in Harlem at The Heckscher Theater. The musical was hailed by The New York Times as “a musically invigorating production . . . the mood in the theater was jubilation;” and was named as one of the ten “Best of Theater, 1984” by Time magazine. The show played for eight years and over 2,500 performances at The Heckscher Theatre (1983-1991), becoming the longest-running Black Off-Broadway musical in history. Mama, I Want to Sing then went on to play another 1,000 performances through a three-year tour across the USA. A run in London’s West End, several European tours (Switzerland, Germany, Austria, Italy, Greece, Yugoslavia), multiple appearances in the Caribbean and seven tours throughout Japan followed. Mama, I Want to Sing

returned to Harlem in 2011 at The Dempsey Theatre. The revival was hailed by The New York Times once again: “Infectious joy emanates from every group number. Impeccable vocals throughout. It’s hard to resist.”

Founded in 1998, The Mama Foundation for the Arts is a non-profit 501(C)3 whose mission is to present, preserve, and promote the history and fundamentals of gospel, jazz, and rhythm and blues music for current and future generations. Inspired by the worldwide success of Mama, I Want to Sing

, Ms. Higginsen established the Foundation as a cultural space in Harlem where both youths and adults have access to quality training and employment in the performing arts.

The foundation’s School of Gospel, Jazz and R&B Arts trains talented singers, musicians, and arrangers, helping to develop singers’ vocal power and stage presence while also teaching a substantial musical repertoire. The School for Gospel, Jazz and R&B Arts supports all singers – both the beginner and seasoned singer; and those who sing for joy or those who want to professionally fine-tune their vocal instrument. Participants have the opportunity to develop the habits and attitudes that create success in any endeavor.

The talented young people who have received their training through the School of Gospel, Jazz and R&B Arts comprise the members of the professional ensemble, The Sing Harlem Choir, a multi-award-winning professional ensemble which performs around the country. The choir has had the privilege to perform alongside pop music’s top artists, such as Chance the Rapper, Ariana Grande, Pharrell Williams, Bebe Rexha, Alessia Cara, SZA, Moby and Madonna, as well as gospel artists such as Cissy Houston. They have been seen on national TV programs such as The Grammys, “The View,” “The Tonight Show with Jimmy Fallon

” and “The Late Show with Stephen Colbert.” Sing Harlem most recent performances include opening The New York Times’ 1619 Project, and the Tommy x Zendaya fashion event at The Apollo Theatre in Harlem during New York Fashion Week 2019.

Related:  Nat And Maria Cole, The Wedding Of The Century In Harlem, 1948

Through the School of Gospel, Jazz and R&B Arts’ Gospel for Teens program, musical instruction is offered to young people between the ages of 11 and 19 at no cost, providing desperately needed support to musically gifted children and replacing arts programs taken out of many inner-city schools. Gospel for Teens was the subject of an award-winning “60 Minutes

” feature story (two 2012 Emmy Awards, including Outstanding Feature Story in a News Magazine; as well as a 2012 National Association of Black Journalists Salute to Excellence Award).

Mama, I Want to Sing

will be performed on Saturday, November 16th, 2019 at 1:00 and 5:00 p.m. at El Teatro of El Museo del Barrio, formerly The Heckscher Theatre, located at 1230 5th Avenue (at 104th Street). Tickets are priced at $25 – $95. Tickets for both shows are available through MamaIWanttoSing.com or by calling the Mama Foundation for the Arts at 212-280-1045. Proceeds from the two special performances will benefit the Mama Foundation for the Arts’ School for Gospel, Jazz, and R&B Arts.