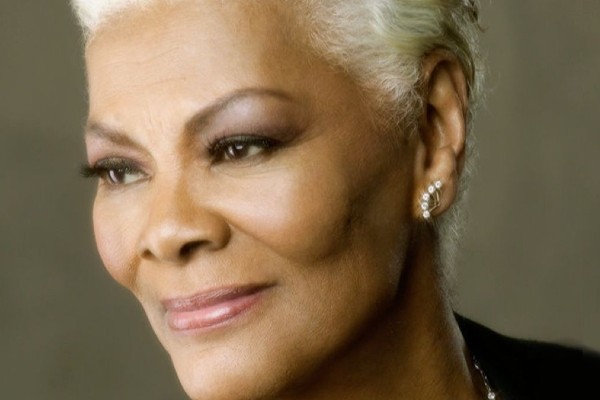 It is nearly a year since our stage went dark due to the pandemic.

The live-streamed Gala is free to everyone, everywhere, and donations big or small can be made via bergenPAC’s website at bergenPAC.org or by calling 201.503.8321.

Now, the ongoing COVID-19 pandemic has shaken the institution to its very core, and with the help of the community, bergenPAC can sustain the success built over the last 18 years as the region’s foremost home for cultural entertainment and arts education.

bergenPAC is persevering during these unprecedented times by offering unique drive-in performances, virtual concerts and most importantly has maintained their educational programs which have become a critical resource that balances a child’s educational on-line learning with an extracurricular arts experience that lifts their spirits during this daunting time in our history.

The live-streamed gala features an incredible array of music, stage, and comedy superstars from a variety of genres.

“We are proud to present the 2021 Gala, the most star-packed, unique and extraordinary fundraising effort in bergenPAC’s history,” Huttle concluded. “We hope that everyone, everywhere, joins us to help bergenPAC remain and continue to prosper as the area’s foremost purveyor of exciting and engaging cultural and performing arts events and vital educational programs for our youth.”

The special night of unique performances tailored for this Gala includes Rock-and-Roll Hall of Famer John Fogerty rocking the virtual stage with such all-time classics as the Creedence Clearwater Revival hit, “Who’ll Stop The Rain,” and former Bergen County resident and musical icon, Paul Anka performing songs from his legendary canon, including No. 1 hit singles “Put Your Head On My Shoulders” and “My Way.”

International superstar, bergenPAC’s Honorary Capital Campaign Chair and Board of Trustee Member, Dionne Warwick (“That’s What Friends Are For,” “What The World Needs Now”) will perform with a special choir of students from bergenPAC’s Performing Arts School. Jazz-pop favorite and Rock-and-Roll Hall of Famer Darlene Love will wow viewers with her always energetic performance.

Tony-Award winning Ridgewood native Ali Stroker (“Oklahoma”) will delight and astound viewers with a series of show tunes while the cast of Broadway’s Ain’t Too Proud will perform “The Life and Times of the Temptations.”

Bergen County’s own Amelia Gold, Kelli Rabke and Alexander Diaz will take to the stage for their outstanding rendition of “The Prayer.”

In addition to pandemic relief and the continuation of arts education, the live-streamed gala will benefit bergenPAC’s capital improvements.

The renovation initiative will allow bergenPAC to build a new stage, restore the elegant historic ornate interior, replace all theater seats and install new carpeting – all to enhance the live performance experience for patrons while bringing arts education on the big stage to a whole new level.

The program partners with over 150 public schools within Bergen County.

bergenPAC fills a void in cultural education in public schools within New Jersey where arts programs are underserved.

As Founder Frank Huttle III explains, “Now more than ever, children of all ages need access to the arts to nurture and inspire creative learning and foster positive experiences. As the New Year begins, bergenPAC continues to provide virtual and on-site classes at the Performing Arts School in addition to its robust public school outreach program to thousands of children of all ages and abilities within New Jersey.”

“Supporting our gala with a donation of any amount can make the difference in securing bergenPAC’s future as the premier home for world-class entertainment, cultural arts, and education for decades to come,” said Founder, Frank Huttle III. “Given the recent news of the Covid-19 vaccine roll out to the general public, our doors will reopen when it is safe to do so, we look forward to presenting the joy of live entertainment once again.”

Support for the 2021 Gala will allow bergenPAC to maintain these imperative teaching programs, provide pandemic relief for operations, and make long-needed renovations.

Together we can Save our Stage and Save Our School!

Paul Anka, singer, songwriter, and actor who became famous with hit songs “Diana”, “Lonely Boy,” “Put Your Head on My Shoulder,” and “(You’re) Having My Baby.”

Jack Antonoff, a Bergen County native, Antonoff is a top music producer, the lead singer of indie pop band Bleachers, and a guitarist in the indie rock band Fun.

Founded in 2003, the 1,367-seat Bergen Performing Arts Center, or bergenPAC, is the area’s cultural mecca. Housed in a historic Art Deco-style theater boasting one of the finest acoustic halls in the United States, bergenPAC attracts a stellar roster of world-class entertainment.

The jewel in our crown is The Performing Arts School at bergenPAC – the innovative, educational performing arts initiative that, through programs, classes, outreach, school shows, and main theater presented shows, reach more than 30,000 students and community youth annually.

It is through the ongoing generosity of sponsors, donors, members, and patrons that the not-for-profit 501 (c)(3) corporation bergenPAC and The Performing Arts School are able to thrive and enrich our community.