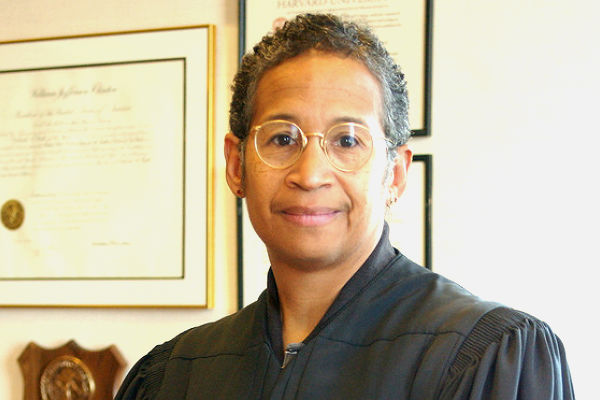 Born in Philadelphia, Pennsylvania, Batts received an Artium Baccalaureus degree from Radcliffe College in 1969, and a Juris Doctor from Harvard Law School in 1972. She subsequently clerked for Judge Lawrence Pierce on the Federal Court on which she now serves as a Judge. She was an Assistant United States Attorney from 1979 to 1984. In 1984, she became an Associate Professor of Law at Fordham University School of Law. She was a special associate counsel to the Department of Investigation for New York City from 1990 to 1991.

On January 27, 1994, following the recommendation of Senator Daniel Patrick Moynihan, President Bill Clinton nominated Batts to a seat on the Southern District left open in 1989 when Judge Richard Owen took senior status. Batts was confirmed by the United States Senate on May 6, 1994, and received her commission on May 9, 1994. She took senior status on April 13, 2012. She continued to serve concurrently as an adjunct professor at Fordham University.

On February 3rd, 2020, the NY Newsday reported that Judge Batts was slated to oversee the Michael Avenatti’s Stormy Daniels-related embezzlement trial. Avenatti is currently standing trial before another judge on charges of attempting to extort Nike out of more than $20 million.

Blavity reports that tributes have been pouring in to honor the life and legacy of iconic Manhattan federal Judge Deborah Batts, the country’s first openly gay federal judge, reports CNN.

Judge Deborah Battsmwas the 1st openly-gay black woman on the federal bench. She was a trailblazer. She was a member of the @lgbtbarny for many years. Her decades of service are an inspiration to the diverse LGBT legal professionals this bar represents. She will be deeply missed. pic.twitter.com/vll6Tsj1zJ

Her service terminated on February 3, 2020, due to her death in New York City. She died due to complications from knee surgery at a rehabilitation center in Manhattan. Batts passed away at the age of 72, leaving behind a wife and two children. According to a press release from Fordham Law School, Batts died in her sleep on Sunday.

Judge Batts, who served for a quarter-century on the United States District Court for the Southern District of New York, died on February 3rd at the age of 72.  She was the first openly gay judge to sit on the federal bench, who presided over prominent cases involving political corruption, terrorism and the Central Park Five civil case.

Update: A memorial service for the Hon. Deborah A. Batts will be held on February 10th at 11:00 AM at the Cathedral of St. John the Divine, 1047 Amsterdam Avenue (at 112th Street), Manhattan.