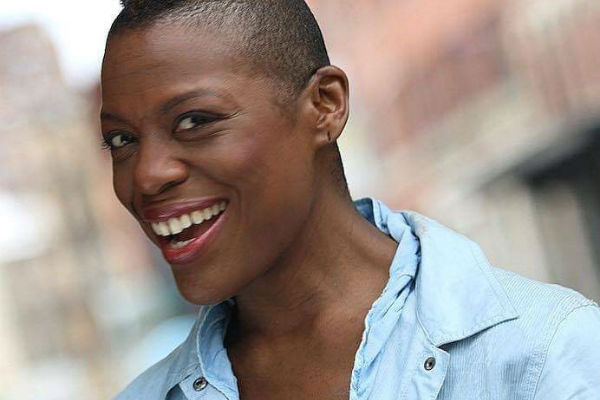 Harlem-based actress Aixa Kendrick is celebrating her most recent career accolade, after being named Best Actress at the 2020 Hip Hop Film Festival for writer-director Laurie Fielder’s short feature, “The Company You Keep.”

This year’s festival- produced annually by Harlem Film House– was celebrating its fifth anniversary. The virtual event began on August 6, 2020, and culminated with the online awards ceremony on Sunday, September 27, 2020, which Kendrick attended.

Unfolding over the course of one evening, The Company You Keep is a psychological suspense drama that tells the story of a highly introverted woman, Natasha (Kendrick), who turns to her childhood best friend as she struggles to decide whether to leave the safety of her home to attend her favorite cousin’s housewarming party. Gradually, Natasha discovers just how deeply vested her friend is in keeping her isolated.

The film, shot in Brooklyn in November of 2018 has been earning solid reviews as it makes the festival circuit rounds and has already been seen at Luminal Theatre’s Fresh Black Films event, The Katra Film Festival, The Montreal International Black Film Festival, and the NYWIFT (New York Women in Film and Television) Go Indie TV Festival Summer Series.

Kendrick is a veteran actor of the New York stage, television, and feature films. She earned a Best Actress AUDELCO Award for Excellence in Black Theatre for her leading role in Baba David D. Wright’s dance drama Oya: Warrior Wind Goddess. She has guest-starred on television in Law and Order: SVU and has also been featured in films such as Sisters and John Wick 3. In The Company You Keep, she found an immediate connection with the character of Natasha.

“Natasha is a deeply socially awkward individual,” she says, “Something I completely can identify with. What I found deliciously extraordinary was the honest, uncomfortable, and troubled spaces and places Laura crafted in the film to tell this story. Issues dealing with cognitive spectrum identity, self-worth, loneliness, and how all that can shape one’s interpretation of reality is very real and vital- especially now, with society having gone through a forced form of isolation called ‘social distancing.’

Natasha’s inner world resonates in a very tangible present way. The shoot was definitely intense! I’m really grateful to have been a part of such a remarkably supportive and extremely talented cast and crew. To me, we ALL are winners with this award!”

As writer and director Fielder puts it, “The Company You Keep poses questions such as ‘What are your innermost thoughts about yourself? Do you like what you hear? How do these internal monologues influence your self-perception?’ With my protagonist Natasha, I decided to let these ideations take shape and form and run their course. In the process of writing the script and creating the film, I found that many people saw a bit of Natasha in themselves.

The story allowed them to acknowledge their vulnerabilities and recognize some of the self-doubts and negative self-talk in which they sometimes engage. This film also speaks to the condition of loneliness, a serious scourge that afflicts so many people… So kudos to Aixa, whose fearless performance as Natasha was nothing short of phenomenal!”

According to festival notes, The Harlem Film House Hip Hop Film Festival is the only one of over 5,000 festivals across the world to focus on writers, directors, and producers who grew up in the global culture of Hip Hop. Founded by Harlem Film House CEO, C.R. Capers, this year’s virtual festival hosted over 100 directors, producers, and screenwriters from the United States, France, Brazil, Saudi Arabia, the United Kingdom, Russia, South Africa, India, and Argentina among others.

The festival features every genre of film including mystery, sci-fi, horror, action, and romance created by filmmakers from around the globe. It is also the only film festival that shares the profits from the festival with the filmmakers selected to participate.

Aixa Kendrick is repped by The Talent Express NY Management.