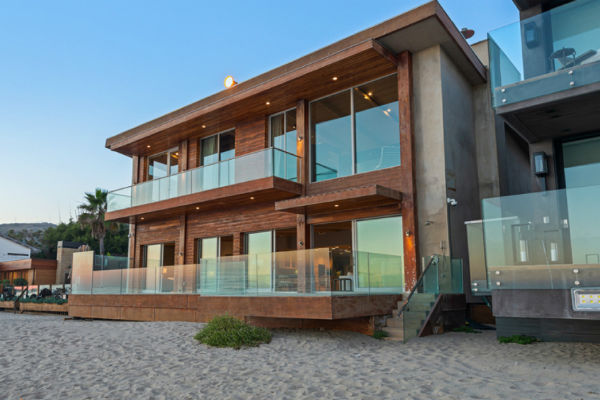 It’s perhaps no surprise that Robert F. Smith, the Colorado-born private equity multibillionaire, has decided to sell one of his two lavish Malibu homes.

And last month, Smith agreed to pay $140 million to settle a four-year criminal tax probe that accused him of deliberately evading taxes by concealing hundreds of millions in offshore accounts. 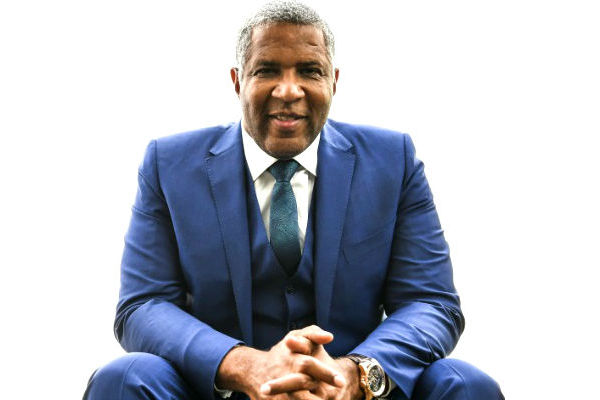 Smith and his wife Hope Dworaczyk, a former Playboy Playmate, purchased the Malibu property in 2018 for $18.7 million. But they never actually moved into the house; instead, it was used as a short-term, Airbnb-style rental for private parties and quick stays.

Located on Malibu’s exclusive Carbon Beach — directly between the roaring Pacific Ocean and bustling Pacific Coast Highway — the two-story house was originally built in 1956 but has clearly been renovated in the decades since.

Guarded by an electronic driveway gate, the structure includes an expansive great room with wood-plank ceilings, a curvacious wet bar, and a distinctly early-2000s kitchen with granite countertops, stainless appliances, and custom cabinetry.

Chris Cortazzo of Compass holds the listing. See more photos of the home below: 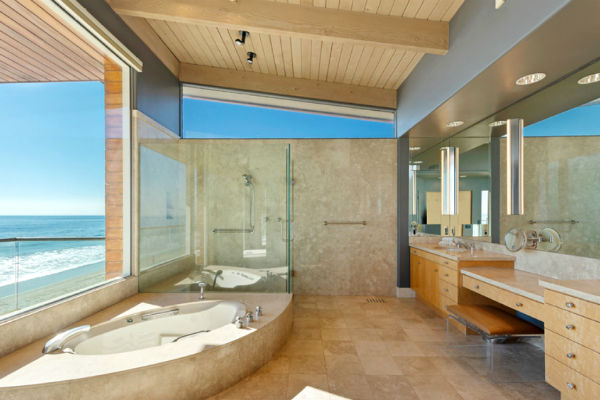 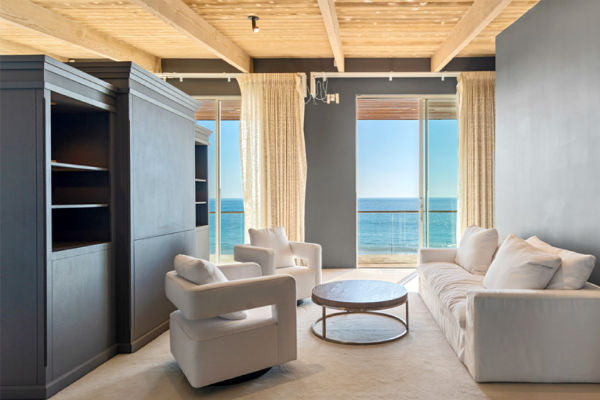 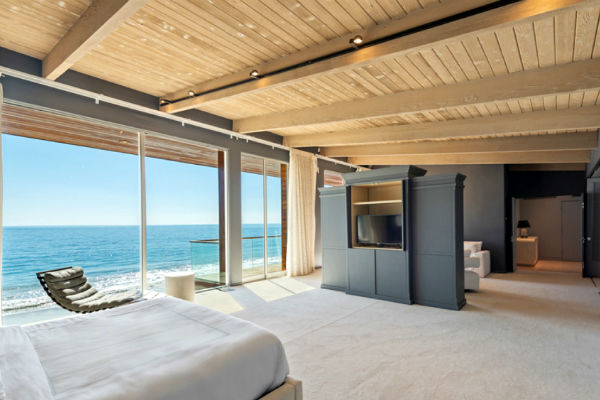 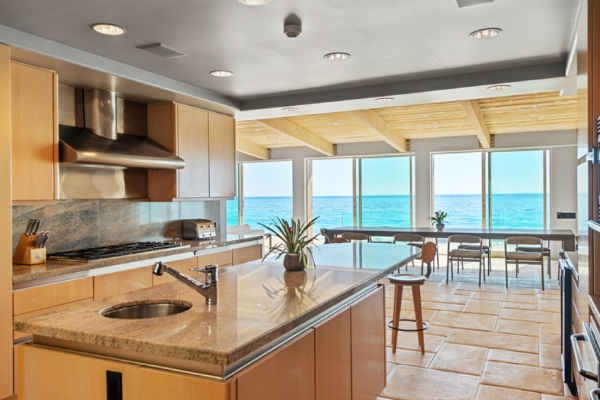 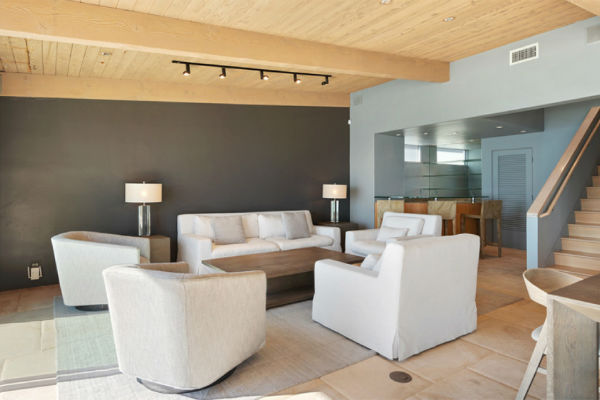 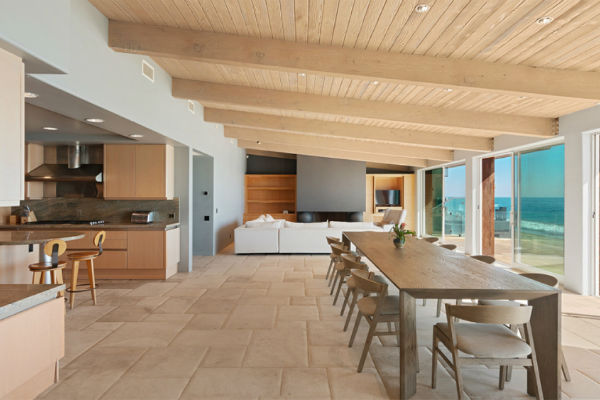 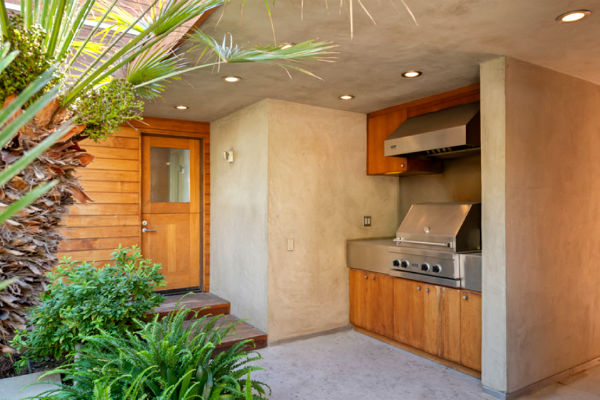 There are four bedrooms in the house, all of them with ensuite baths. Three are located on the main floor and are mother-in-law-sized at best, but the lavish upstairs master makes up for them with its own sitting area, dressing room, and a massive bathroom complete with a soaking tub, dual vanities, and an oversized steam shower.

Of course, the property’s selling point isn’t the size of its bedrooms but rather the sublime setting on sandy Carbon Beach. It’s also one of the few homes along the strip with ample off-street parking — there are a two-car garage and separate motor court for an additional three automobiles.

And some of the nearest neighbors within sugar-borrowing distance include Larry Ellison, Jeffrey Katzenberg, Eli Broad, and Michael Milken. 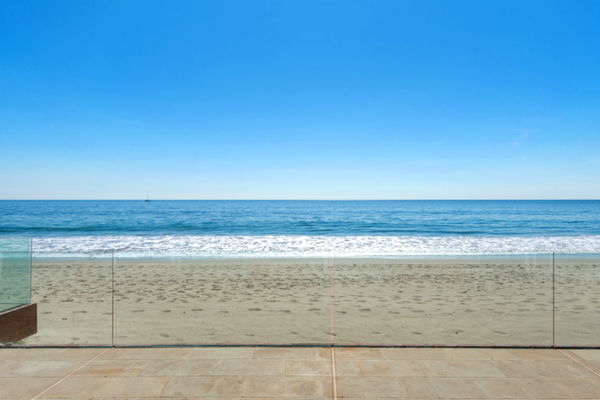 Smith, whose $5 billion net worth makes him the richest Black person in the United States, per Forbes, has established himself as a generous philanthropist in recent years.

Since 2014, he’s given tens of millions to charities supporting cancer research, and he became the board chairman of Carnegie Hall in 2016. Records show he has also given lavishly to both Democrat and Republican politicians.

Besides the for-sale Carbon Beach home and his new Palm Beach estate, Smith also maintains a mansion in Austin, Texas, plus a remarkable triplex penthouse in New York City.

Back in 2018, he paid $59 million for the Chelsea condo, which he has been renovating — much to the chagrin of his neighbors, reportedly — ever since. Smith also continues to own a $19.5 million blufftop Malibu mansion that he bought from former “Real Housewives of Beverly Hills” cast member Yolanda Hadid in 2016 reports the Robb Report.