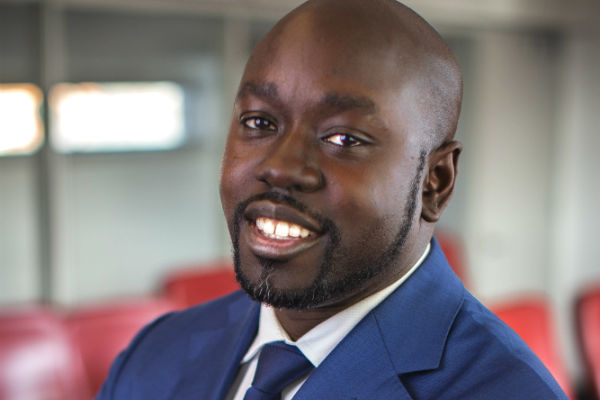 The Board of Trustees of the Harlem Children’s Zone announced the appointment of Kwame Owusu-Kesse to Chief Executive Officer ushering in a new chapter in the leadership of the groundbreaking nonprofit.

Mr. Owusu-Kesse, who has been the organization’s Chief Operating Officer since 2014, will succeed current CEO Anne Williams-Isom, who will officially step down on June 30th, 2020 after 10 years with the organization.

“Kwame has walked with me every step of the way since I became CEO in 2014,” said Ms. Williams-Isom. “He has been a thought partner with me as we deepened the work at HCZ and implemented a strategic plan that will ensure a new generation of children will continue to succeed in a fast-changing world.”

“Because I have been blessed in so many ways in my life,” Mr. Owusu-Kesse said, “I have always had a passion to help children who like me grew up in challenging circumstances reach their potential. There is literally no more important job in the world for me than the work that we do at HCZ to improve the odds for children at an unprecedented scale.”

Mr. Owusu-Kesse began working with HCZ in 2008 as an extern from the investment bank Morgan Stanley. His focus was on strategic analyses for the organization’s founder, Geoffrey Canada.

“From our very first meeting 11 years ago,” Mr. Canada said. “I knew that Kwame was exactly the type of leader that HCZ needed – smart, charismatic and someone who had a deep personal commitment to making sure all children received a great education.”

After completing his year-long externship, Mr. Owusu-Kesse entered into a dual degree program at Harvard, obtaining a Master’s in Business Administration from the Harvard Business School and a Master’s degree in Public Policy from the Kennedy School of Government. He then returned to HCZ as a Senior Manager and Special Assistant to the CEO in 2012, overseeing several afterschool programs and implementing organizational strategic initiatives.

As COO, Mr. Owusu-Kesse has worked closely with Ms. Williams-Isom to manage HCZ’s 2,000+ employees and its programming – from The Baby College to all of its afterschool programs to its college support office.

“I have evaluated organizational leaders throughout my career,” said Stan Druckenmiller, Chair of the HCZ Board of Trustees, “and Kwame’s managerial and financial acumen have impressed me as much as any manager that I have ever met, and he also has the love for these kids that is an absolute must in this job.”

Ms. Williams-Isom has been the CEO since 2014, having been named the COO since 2009. During her tenure, she fortified several program areas, including HCZ’s early childhood programs, its Healthy Harlem anti-obesity initiative and its support for college students, as well as expanding the use of data to understand and improve outcomes throughout each of the organization’s programs.

Mr. Owusu-Kesse brings a singular combination of academic, corporate and life experiences to the organization. He grew up against a backdrop of poverty, single parenthood and family struggles, but was fortunate to get several opportunities as a young boy to receive a high-quality education and reach his full academic potential. He then went on to get bachelor’s and master’s degrees from Harvard University. Because of his firsthand experience with the differences that education made in his life, he has dedicated himself to making sure other children from families in challenging circumstances can reach their potential.

Earn $125 for every referral from Bluehost

Mr. Owusu-Kesse lives in Harlem with his wife, Erin, and their baby daughter. In addition to his HCZ duties, Mr. Owusu-Kesse does freelance work as a photographer and a deejay.

The Harlem Children’s Zone is a nonprofit organization that walks hand in hand with 14,000 young people and their families in Central Harlem on their journeys from the cradle to college to career. HCZ’s comprehensive network serves nearly 100 blocks of Central Harlem, going beyond education to provide academic, personal and career support. Harlem Children’s Zone’s is a model not just for Harlem, but for communities around the world that are fighting poverty. More than 500 US groups and 186 international delegations have visited the Harlem Children’s Zone since 2003 to learn about HCZ’s model for the comprehensive educational development of children and families in economically disadvantaged communities.