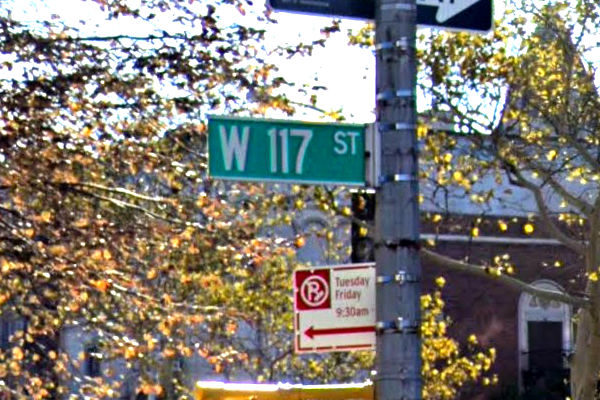 The year of the coronavirus has taken its toll on the real estate industry in ways that often seem unimaginable. According to a report on The Real Deal, it appears that Isaac Kassisrer, the investor who gobbled up thousands of rent-regulated properties in Manhattan and the Bronx prior to rent laws being amended is now teetering on losing the lion’s share of his impressive real estate portfolio.

Because of the pandemic, business-related bankruptcies are on the rise, and as such the debtors on over a dozen buildings owned by Kassirer’s Emerald Equity Group on West 107th Street and East 117th Street in Harlem have filed for protection under Chapter 11, according to a report from PincusCo.

According to the Real Deal report, the petition asks for the “properties to be transferred to the lender, LoanCore, which provided Emerald Equity Group with roughly $185 million in financing for the properties at the beginning of 2019. The firm had defaulted on the loan, which now totals about $203 million with interest.”

Freddie Mac stepped in and provided financing to Emerald Equity in the amount of a loan of $189 million, which was the largest deal at the time from the lender’s Small Business Loan program, as was reported by The Real Deal.

According to tax bills and public data, Emerald Equity purchased the 1181 unit rent-stabilized portfolio for $357.5 million in late 2016, with a plan to renovate rent-stabilized apartments and convert them to market rate.

At the closing of 2017, about 251 units in the portfolio at the East Harlem location had been moved to market rate.

Emerald’s business plan, however, saw some challenges because the new rent law of 2019 prohibited nearly all pathways to deregulation and put a limit on increases of rent to stabilized apartments, as was reported by The Real Deal.

When tenants move out from their apartments landlords are no longer permitted to institute a 20 percent rent increase for a new tenant and a unit cannot be removed from regulation based on the rent exceeding a certain threshold reports Jewish Voice.

Under the law, the recoverable cost of renovations became limited to $15,000 — or $83 per month — over a period of 15 years, according to the Real Deal report.

Companies are scrambling to devise ways in which to salvage their investments and Emerald is no exception.

The Real Deal reported that Kassirer said his company was “exploring all options” to survive the significant hit that the real estate market took during this unprecedented year.

In the spring, a reprieve of sorts was seen when some of its loans went into forbearance.

In the aftermath of the emergence of the coronavirus, tenants were struggling to make their rent, and as such rent strikes went into effect.

Ladder Capital which is another lender of Emerald Equities recently moved to foreclose on a $32 million loan it provided for four Harlem rental properties, which Kassirer’s firm defaulted on.