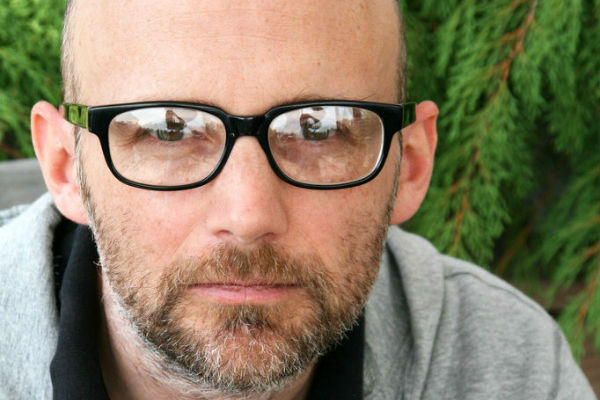 Moby, was born in Harlem, but grew up in Connecticut and is known for his music and social activism, shared a new animated video Thursday, July 30, 2020, for “My Only Love,”

the latest single from his recently released album, “All Visible Objects.”

The video tells the story of a leopard separated from her cub “in the face of rampant deforestation of the Amazon at the hands of the meat and dairy industry,” according to a news release. It was created by a Brazilian animation studio Zombie through BlinkInk in London.

It seems as if we’re confronted with new catastrophes on an almost daily basis, but while we deal with these horrors the climate emergency just gets worse and worse. And without the rainforests our planet will quickly become a scorching, uninhabitable wasteland. The goal of this video was to remind people of the ongoing horrors of climate emergency and deforestation, as well as reminding people that meat and dairy production are the leading causes of deforestation.

Moby, born Richard Melville Hall in Harlem, will participate in a live Twitch event next week that’s related to what inspired this new song and video. During the program on August 5, 2020, at 4 p.m., he’ll join the video’s animators and other guests to discuss deforestation and animal agriculture.

Discussing his project’s message, Moby said in the release, “It seems as if we’re confronted with new catastrophes on an almost daily basis, but while we deal with these horrors the climate emergency just gets worse and worse. And without the rainforests, our planet will quickly become a scorching, uninhabitable wasteland.

“The goal of this video was to remind people of the ongoing horrors of climate emergency and deforestation, as well as reminding people that 90% of rainforest deforestation is a result of meat and dairy production,” he said.

Moby, who took up music at age 9, as well as the author of “Then It Fell Apart,” a 2019 memoir that shares some stories about his childhood, among other things.

In an interview last year with Connecticut Magazine, he said while he basically grew up here, he was born in Harlem in 1965. “Then in 1969 my mom and I moved back to Connecticut where she had grown up. And we lived all over. We lived in Danbury, Stratford, Norwalk, Darien. I lived in Stamford, I went to UConn-Storrs and UConn-Stamford,” he said reported CT Post.

Moby has said he was inspired to become a vegetarian by a cat he found at a dump in Darien. As the story goes, he and his mom took care of it and it grew to be the happiest, healthiest cat he’d ever known. While playing with it, he decided he would never do anything to harm any animal, and became a vegan.It’s been more than 30 years now. In an Instagram post, Moby said, “I would not, could not, will not do ANYTHING that could cause or contribute to the suffering of an animal. My life has no more or less meaning than the life of any animal, anywhere.”

Paulo Garcia, Zombie’s director, said many artists were involved in creating the eye-catching video for Moby’s song, “My Only Love.” He said working with Moby was an “incredible opportunity” in itself, but was made even better when the task at hand was “to send a message to the world about the deforestation problem growing fast in my home country of Brazil.”

You can watch the video below.

Moby has sold more than 20 million albums. Over the last decade, he has been donating 100% of the profits from most of his work to animal and human rights charities. That continues with “All Visible Objects.”