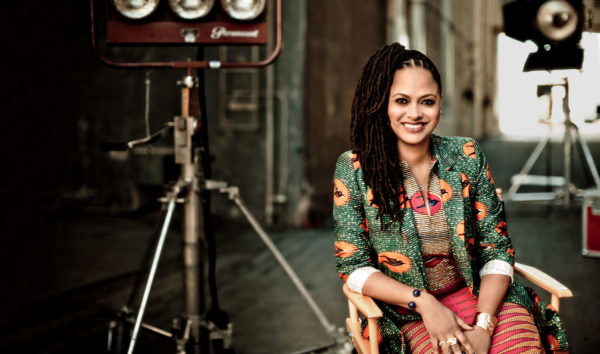 Committed to the ongoing fight of speaking truth to power and amplifying voices of diversity across America for four decades, Black Public Media (BPM) is celebrating its 40th anniversary.

The celebrate by naming the creatives, curators and institutions that have pushed forward Black storytelling with the release of its 40 for 40 Media Game Changers List. The list highlights some of the people and organizations who have gone against the grain and worked to ensure that the history, struggles, pain and joy of Black people across the Diaspora — Black lives in all of their complexity and diversity — have been documented and shared with audiences across mediums. BPM’s commemoration of its 40th year will culminate June 23 through 25 with its second National Black Media Story Summit, a virtual convening of creatives, distributors, thought leaders and funders addressing ways to distribute Black stories as the nation confronts the history of oppression in America and Black creatives respond with even greater dedication to telling the unapologetic truth.

Founded in 1979 as the National Black Programming Consortium and later rebranded to its current name in 2018, BPM was formed from a collective of Black producers at public television stations joining forces to bring their locally produced Black television content to national audiences and greater diversity to public television. Recognizing the importance of channeling resources to Black storytellers to allow them to present diverse Black stories, the organization soon expanded its mission to include financing films.

From funding important works such as Julie Dash’s landmark film Daughters of the Dust and Raoul Peck’s acclaimed I Am Not Your Negro; to serving as one of the supporting organizations in the creation of ITVS (the Independent Television Service) which was established by an act of Congress; to presenting its own signature documentary series AfroPoP: The Ultimate Cultural Exchange and hit web series like Black Folk Don’t; to establishing the Black Media Story Summit in 2018, a convening of talent and thought leaders on getting Black content funneled into the pipeline; to developing and training Black producers in new and emerging media by way of its 360+ Incubator Fund; BPM has remained central to and steadfast in its mission to amplify the work of creatives of color and help grow equity and representation within the industry. The institution remains the nation’s only nonprofit media arts organization dedicated solely to creating media content about the global Black experience.

“As we reflect on 40 years as an organization at such an explosive moment in America, it has never been more vital that we as a community remain at the helm of creating and telling our stories,” said BPM Executive Director Leslie Fields-Cruz. “One of the reasons BPM has been able to remain at the forefront is due to the strong community of creatives and partnerships we amassed, so it was only fitting that we recognize some of those who helped us along the way to shift the paradigm. It takes the collective to make change happen.”

The BPM ‘40 for 40 Media Game Changers’ list highlights trailblazers in the categories of “Storytellers,” “Media Executives,” and “Curators and Institutions.” The honorees include artists, producers, executives, nonprofits and companies whose work has helped form the modern landscape of Black, independent media. Some of the game changers showcased on BPM’s 40 for 40 include:

For the complete list of Black Public Media’s “40 for 40 Game Changers,” please visit https://blackpublicmedia.org/40th-anniversary-gc. To take part in the celebration of BPM’s 40th anniversary and learn how to join the virtual events of the second Black Media Story Summit, featuring a virtual town hall, panel discussions and a virtual house party and 40th Anniversary Celebration, visit www.blackpublicmedia.org or follow BPM on Instagram and Facebook at @blackpublicmedia or on Twitter at @BLKPublicMedia.

Black Public Media (BPM), formerly the National Black Programming Consortium (NBPC), is committed to enriching our democracy by educating, enlightening, empowering and engaging the American public. The nonprofit supports diverse voices by developing, producing and distributing innovative media about the black experience and by investing in visionary content makers. BPM provides quality content for public media outlets, including, among others, PBS and PBS.org and BlackPublicMedia.org, as well as other platforms, while training and mentoring the next generation of black filmmakers. Founded in 1979, BPM produces the AfroPoP: The Ultimate Cultural Exchange documentary series and manages the 360 Incubator + Fund, a funding and training initiative designed to accelerate the production of important black serial and interactive content.