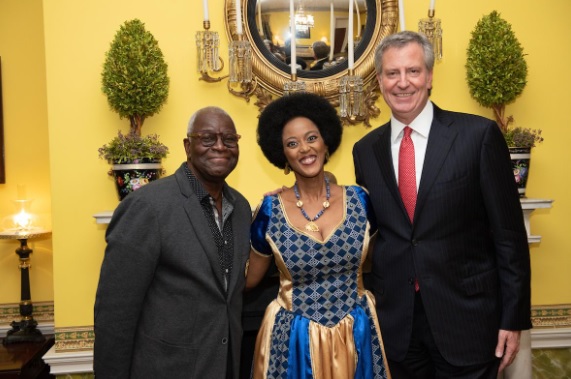 New Heritage’s artist in residence and extraordinary colleague Tsidii LeLoka being honored by Harlem’s Voza Rivers and NYC Mayor Bill de Blasio at the African Heritage Reception on September 26, 2018, at Gracie Mansion. Tsidii is the Tony Award-nominated star of the musical The Lion King on Broadway, and winner of the Outer Critics Circle Award, Drama League Award and the Drama Desk Award; the lead voice heard by millions on “Circle of Life” on the Grammy Award-winning original cast album. 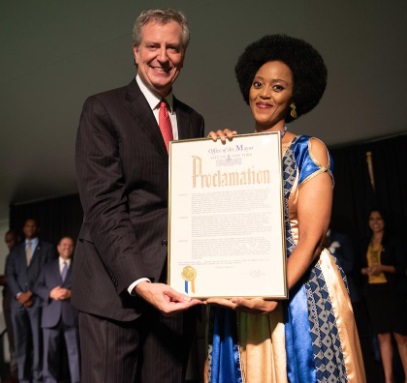 She was the first South African woman in history to be awarded the prestigious Ivor Novello Award for International Achievement in Musical Theatre from The British Academy of Composers and Songwriters.