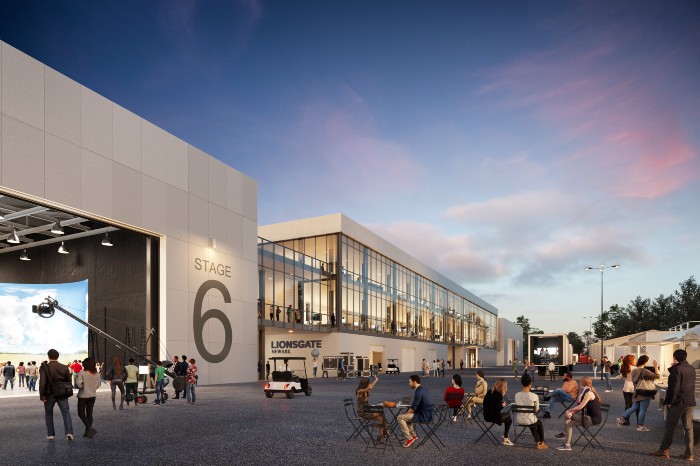 Newark’s anchor cultural and civic institution, today announced a partnership with global content leader Lionsgate to build a major new production facility in Newark. The facility will be owned and operated by Great Point Studios.

As the facility’s long-term anchor tenant, Lionsgate will receive naming rights to the studio. NJPAC will manage public affairs and community relations for the studio and create educational programs and internships for Newark high school and college students.

The facility will be the first purpose-built studio in New Jersey specifically constructed for TV and film production.

It will be located in Newark’s South Ward at the site of the former Seth Boyden Housing site, which is conveniently located near Newark Liberty International Airport, the Port of Newark, NJ TRANSIT, the PATH system, and several major highways.

Operations are expected to begin in late 2024.

“One of my administration’s priorities has been to enhance New Jersey’s film industry and create new revenue streams for our State,” said Governor Murphy. “With the addition of the Lionsgate Newark Studio, New Jersey will cement its position as a hub for television and film production with its proximity to all forms of transportation and access to more than 14,000 qualified union members in the region. As a result, the introduction of the Lionsgate Newark Studio not only promotes the economic vitality of our state, but also provides good jobs and access to opportunity for all South Ward community members.”

“Bringing a project of this magnitude into Newark is a monumental victory for our city,” said Newark Mayor Ras Baraka. “It will bring hundreds of new jobs, create new educational opportunities for our students, and invigorate the revitalization of the South Ward.”

Great Point Studios founder Robert Halmi called upon decades of experience as founder of the Hallmark Channel and a producer of more than 400 film & television projects to create a facility that fits the needs of today’s television and film productions.

The 300,000 square-foot, full-service, modern entertainment complex will include production stages ranging from 20,000 to 30,000 square feet, offices, support space and parking for 400 cars and 65 trucks.

It is anticipated to create more than 600 new long-term jobs, with priority for positions going to residents of Newark, and generate more than $800M of annual economic impact for Newark and New Jersey.

“We have a shared vision for the future of the entertainment industry, and it’s reflected in every detail we put into this complex,” said Founder & CEO of Great Point Studios Robert Halmi. “Given the rise in studio production post-Covid, we are confident that expanding our studio program into New Jersey will be a welcome addition.”

“This is a great opportunity to scale our East Coast studio footprint with our partners at Great Point Studios and the New Jersey Performing Arts Center to support our robust film & television production,” said Lionsgate CEO Jon Feltheimer. “Lionsgate Studios Newark is also an important part of our commitment to diversity, equity and inclusion, enabling us to create hundreds of jobs, provide educational opportunities to local students and contribute to the economic revitalization of the South Ward of Newark.”

NJPAC originated the idea for the project with the City of Newark and the Newark Housing Authority, developed a coalition of partners, and collaborated to bring the project to public announcement.

“NJPAC continually seeks opportunities to act as a catalyst for economic development in its home city of Newark,” said NJPAC CEO John Schreiber. “We are grateful to Mayor Baraka and the Newark Housing Authority for embracing our project to bring a world-class film studio back to the city where celluloid movie film was invented and to Governor Murphy for creating tax incentives to make New Jersey more attractive to the film industry and especially for the development of studios, like Lionsgate Newark. Without their collective efforts, this project wouldn’t have seen the light of day.”

The 12-acre, $125 million-plus facility will be owned by a joint venture between Great Point Studios and its institutional financial partner, Lindsay Goldberg, a private investment firm focused on partnering with entrepreneurs and family-owned businesses to help them grow. 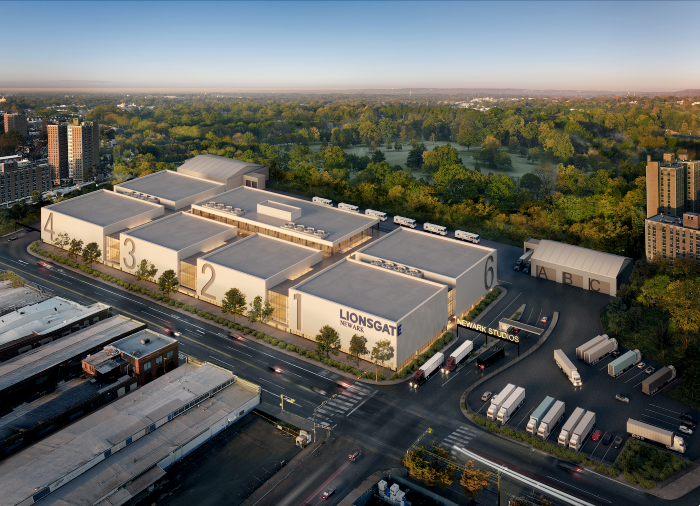 Matrix Development will serve as the project developer and Gensler, a global architecture, design and planning firm with more than 3,500 active clients, has signed on to lead the way with architecture and master planning.

Lionsgate (NYSE: LGF.A, LGF.B) encompasses world-class motion picture and television studio operations aligned with the STARZ premium global subscription platform to bring a unique and varied portfolio of entertainment to consumers around the world. The Company’s film, television, subscription and location-based entertainment businesses are backed by a 17,000-title library and a valuable collection of iconic film and television franchises. A digital age company driven by its entrepreneurial culture and commitment to innovation, the Lionsgate brand is synonymous with bold, original, relatable entertainment for audiences worldwide.

Great Point Studios is a media-focused investment fund specializing in film and television infrastructure. It was founded by Robert Halmi and Fehmi Zeko. They are presently expanding into new studio investment/management businesses in other locations in North America and the U.K.

Robert Halmi is the founder of the Hallmark Channel and was Chairman of Crown Media. Robert has been the Chief Executive Officer of four public companies. As President and CEO of Hallmark Entertainment, Robert transformed the business from a small production company into one of the first modern studios, with production, distribution and broadcast allin one company. Under Halmi’s leadership, Hallmark Entertainment produced over 2,000 hours of original content. Halmi is an active member of the Academy of Television Arts & Sciences and serves on the board of the International Emmy Committee.

The New Jersey Performing Arts Center (NJPAC), located in downtown Newark, New Jersey, is among the largest performing arts centers in the United States. It is the artistic, cultural, educational and civic center of New Jersey — where great performances and events enhance and transform lives every day. As New Jersey’s town square, NJPAC brings diverse communities together, providing access to all and showcasing the state’s and the world’s best artists, while acting as a leading catalyst in the revitalization of its home city. Through its extensive Arts Education programs, NJPAC is shaping the next generation of artists and arts enthusiasts. NJPAC has attracted more than 10 million visitors (including almost 2 million children) since opening its doors in 1997, and nurtures meaningful and lasting relationships with each of its constituents. Visit www.njpac.org for more information.

Lindsay Goldberg is a private investment firm that focuses on partnering with families, founders and management teams seeking to actively build their businesses. Since 2001, Lindsay Goldberg has raised more than $17 billion of equity capital and has invested in over 50 platform companies and over 250 follow-on opportunities. For more information, visitwww.lindsaygoldbergllc.com.

Matrix Development Group is a privately held, full-service real estate investment and development company with offices in New Jersey. The company is an active investor and developer of commercial, industrial, residential, and golf and hospitality properties throughout the Northeast and mid-Atlantic regions. Since its founding in 1979, the company has developed a multi-billion dollar real estate portfolio that has been recognized for its leadership by numerous charitable, community and real estate organizations.