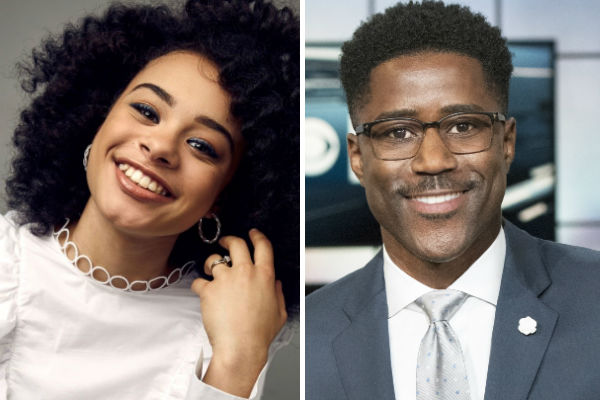 CBS Sports and Nickelodeon are getting kids and families into the game with a special slime-filled presentation of the National Football League’s Wild Card game on Sunday, January 10, 2021, at 4:30 pm. The NFL Wild Card Game on Nickelodeon will feature one-of-a-kind kid-focused content and Nick-themed elements throughout, including a special halftime presentation, guest reporters and original on-field graphics, virtual filters, and more.

The NFL Wild Card Game on Nickelodeon will air alongside CBS Sports’ broadcast of the game on The CBS Television Network.

Play-by-play announcer Noah Eagle will be joined by CBS Sports’ analyst Nate Burleson and Nick star Gabrielle Nevaeh Green (All That, Nickelodeon’s Unfiltered) in the booth to call the NFL Wild Card Game on Nickelodeon.

Additionally, Nick star Lex Lumpkin (All That, Nickelodeon’s Unfiltered) ­­­will serve as a reporter during the game.

The NFL Wild Card Game on Nickelodeon will also include special halftime sneak peek of Kamp Koral: SpongeBob’s Under Years, which follows 10-year-old SpongeBob SquarePants and his pals as they spend their summer building underwater campfires, catching wild jellyfish, and swimming in Lake Yuckymuck at the craziest camp in the kelp forest, Kamp Koral.

The series will debut in 2021 on ViacomCBS’s rebranded streaming service Paramount+ and then on Nickelodeon later in the year.

“This is a first of its kind presentation for the NFL together with Nickelodeon, and we are very excited to create a unique telecast that will maximize the co-viewing appeal for kids and families while maintaining the integrity of the game and its traditions,” said Sean McManus, Chairman, CBS Sports. “Partnering with Nickelodeon to showcase the NFL Playoffs is a great opportunity to highlight the power, depth, and reach of ViacomCBS, as we continue to unlock the true potential of our merged company with the first of many opportunities between CBS Sports and our ViacomCBS family.”

“Our game plan is to make sure the NFL Wild Card Game on Nickelodeon definitely lives up to its name by infusing the telecast with Nick’s sensibility of surprise and fun at almost every turn,” said Brian Robbins, President of ViacomCBS Kids & Family Entertainment. “We’re incredibly proud to team up with CBS Sports and the NFL to elevate the thrill of this game for kids and families to enjoy together.”

The NFL Wild Card Game on Nickelodeon will only be available to be streamed on mobile for free for all fans via the NFL App.

The game airing on CBS will be streamed on CBS and NFL digital properties across devices, and on mobile via the participating teams’ mobile properties, and Yahoo Sports, and other Verizon Media mobile properties.

NFLNickPlay.com will serve as the official online destination for the NFL Wild Card Game on Nickelodeon, helping to educate kids on football basics and entertain them with a variety of NFL-themed content leading up to and during the Wild Card game.

For three days leading up to the game and on game day, viewers can scan QR codes on-air, unlocking sports-themed SpongeBob SquarePants and The Loud House collectibles and participating with interactive content throughout the live game.

Additionally, participants will be able to enter sweepstakes for the chance to win an exclusive game ball signed by a Wild Cardplayer, along with other exclusive prize packs.

The NFL Wild Card Game on Nickelodeon is produced by CBS Sports in association with Nickelodeon Productions.

Sean McManus and Harold Bryant serve as Executive Producers of THE NFL ON CBS.

CBS Sports’ Shawn Robbins is the Coordinating Producer of the game along with Producer, Ken Mack, and Director, Suzanne Smith.