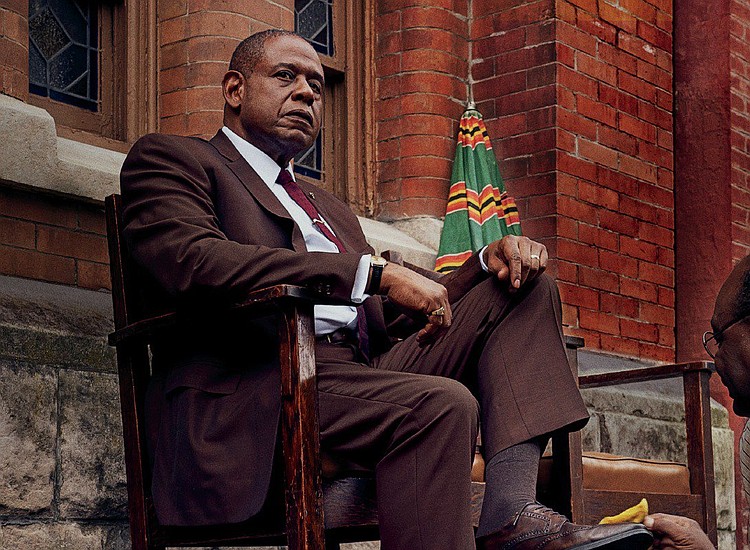 Philo, the national TV streaming service, today announced that it is adding EPIX and STARZ to its line-up of top entertainment, lifestyle and knowledge-based programming. Packed with premium entertainment viewing options and multiple networks in each package, these networks will be available for an additional monthly fee to all new and existing subscribers. Philo’s standard subscription package includes more than 50 channels from popular networks including A&E, AMC, Comedy Central, Food Network, HGTV, ID, Lifetime, MTV, Nickelodeon, OWN, Tastemade, WE TV, and many more, for only a $20 per month subscription.

“We are excited to provide these premium entertainment brands to our service as they have been consistently requested by our subscribers,” said Mike Keyserling, COO and Head of Content Acquisition at Philo. “In these challenging times, we remain committed to offering high-quality entertainment content at a considerable value and with the addition of EPIX and STARZ we continue to deliver on this commitment,”

To access EPIX and STARZ, new customers can trial and subscribe at philo.com, free for seven days, to get started and begin watching within seconds. Existing Philo subscribers can also add these premium offerings at philo.com as well. Once customers subscribe, they will receive access to great programming including EPIX’s critically-acclaimed dramas Belgravia, Godfather of Harlem, and the upcoming docuseries Helter Skelter. Additionally, STARZ will be featuring hits like the original series “Hightown,” “Outlander,” and the upcoming “Power” spinoffs.

Philo currently offers 58 channels for $20 and allows three separate streams on three different devices; everyone who shares the account can create their own profile and have their own sign-in credentials, saved shows, and viewing history. Philo features a streamlined interface, intelligent search, and the ability to easily send your favorite shows to friends.

All Philo subscribers can watch their favorite shows live from wherever they are in the U.S. on most web, mobile, and TV streaming devices, including Apple TV, FireTV and Roku. Additionally, subscribers can take advantage of 30-day unlimited-storage DVR at no additional cost, and watch more than 50,000 shows and movies on demand.

Inspired by Philo T. Farnsworth, the inventor of electronic television, Philo was created to build a better TV experience. The company started in the college market and is now available nationwide, offering subscribers dozens of top-rated television channels for just $20.

In addition to being the first entertainment-focused streaming TV service, Philo offers live TV, unlimited DVR, on-demand, and content from top programmers all available on web browsers, iOS, iPad, FireTV, Roku, with more to come. Philo is based in San Francisco, with offices in New York and Cambridge, MA.

EPIX®, an MGM company, is a premium television network delivering a broad line-up of quality original series and documentaries, the latest movie releases and classic film franchises – all available on TV, on demand, online and across devices.

EPIX® has tripled the amount of original programming on the network and has become a destination for original premium content with series including Godfather of Harlem, starring and executive produced by Forest Whitaker; Pennyworth, the origin story of Batman’s butler Alfred; Perpetual Grace, LTD, starring Sir Ben Kingsley; spy thriller Deep State; War of the Worlds, from Howard Overman and starring Gabriel Byrne and Elizabeth McGovern; docu-series Slow Burn based on the hit podcast, docu-series NFL:

The Grind, from NFL Films and hosted by Rich Eisen and Belgravia, from Julian Fellowes, Gareth Neame and the creative team from Downton Abbey; as well as upcoming premieres of drama Chapelwaite, based on the short story Jerusalem’s Lot by Stephen King and starring Academy Award winner Adrien Brody; two-part music docu-series Laurel Canyon; and six-part docu-series Helter Skelter, executive produced and directed by Lesley Chilcott.

Launched in October 2009, EPIX® is available nationwide through cable, telco, satellite and emerging digital distribution platforms as well as through its EPIX NOW app, providing more movies than any other network with thousands of titles available for streaming.

For more information about EPIX, go to www.EPIX.com.

Starz, a Lionsgate company, is a leading global media and entertainment company that produces and distributes premium streaming content to worldwide audiences across subscription television platforms. Starz is home to the flagship domestic STARZ® brand, STARZ ENCORE, 17 premium pay TV channels and the associated on-demand and online services, including the highly-rated STARZ app. With the launch of the STARZPLAY international premium streaming platform and STARZ PLAY Arabia, Starz is expanding its global footprint in a growing number of territories.

Philo is a registered trademark of Philo, Inc. Use of this trademark by Philo and/or any approved licensees does not imply any association with, or endorsement by, any person, living or dead.