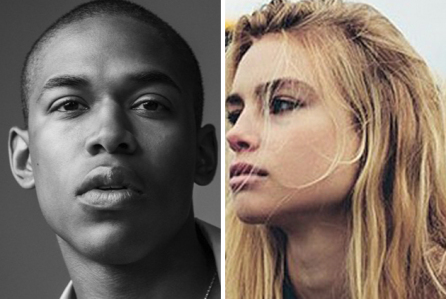 Related ‘Godfather Of Harlem‘: Nigél Thatch To Star As Malcolm X In Epix Drama Series Written and executive produced by Brancato and Eckstein, Godfather of Harlem is inspired by the story of infamous crime boss Bumpy Johnson (Whitaker), who in the early 1960s returned from ten years in prison to find the neighborhood he once ruled in shambles. With the streets controlled by the Italian mob, Bumpy must take on the Genovese crime family to regain control. During the brutal battle, he forms an alliance with radical preacher Malcolm X (Thatch) – catching Malcolm’s political rise in the crosshairs of social upheaval and a mob war that threatens to tear the city apart.

Harrison will play Teddy Greene, a world class musician who disdains a “pop” music mentality and experiments with music designed to herald the coming age of civil rights protest. His protest anthem is a harbinger of spoken word music that truly explores the black experience in America. His dangerous romance with Stella Gigante (Fry) will test the limits of his love and put him in the crosshairs of New York City’s most dangerous mobster.

Fry’s Stella, the sheltered 22-year-old daughter of Vincent “Chin” Gigante, is effected by winds of change that foretell a turbulent 1960s. Her love of music takes her from East Harlem into the bohemian world of Greenwich Village and into the arms of African-American musician Teddy Greene (Harrison). Coming from a family and community where interracial relationships are blasphemy, Stella has the courage to rebel against her father. But as Bumpy Johnson (Whitaker) reminds her, Romeo and Juliet is really just two dumb kids who end up dead.

Harrison recently appeared in 2018 Sundance pics Monster and Monsters And Men and Jinn which won a Special Jury Award at SXSW. He recently wrapped filming JT Leroy, opposite Kristen Stewart, Luce in which he plays the title character opposite Octavia Spencer and Naomi Watts and The Wolf Hour also starring Naomi Watts. He recently filmed Gully in which he stars opposite Jacob Latimore and Charlie Plummer and is currently filming his second film with director Trey Edward Shults for A24 titled Waves in which he stars opposite Lucas Hedges and Sterling K. Brown. His recent TV credits include StartUp, Shots Fired and Underground. Harrison is repped by Stride Management, WME and attorney Nina Shaw.

Fry has starred opposite Will Smith and Joel Edgerton in the David Ayer-directed Netflix film Bright, The Preppie Connection opposite Thomas Mann, Vampire Academy with Zoey Deutch and Claire Foy, and Hulu’s eight part miniseries 11.22.63. She is repped by WME, 3 Arts, and attorney Craig Emanuel.