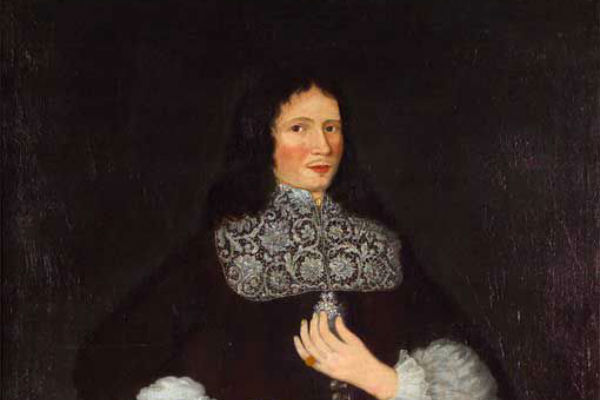 From the Metropolitan Museum of Art and the Smithsonian National Portrait Gallery to the Los Angeles County Museum of Art and New York Historical Society, researchers and students at John Jay College of Criminal Justice have identified more than 150 works of art in more than 26 museums and organizations across the country that depict enslaved people in New York, as well as paintings and statues depicting enslavers from the state, many of the works missing information that connects the subjects to slavery.

A new article by John Jay Professors Ned Benton and Judy-Lynne Peters, co-directors of the New York Slavery Records Index project (https://nyslavery.commons.gc.cuny.edu) features the paintings of enslaved people, while also providing an extensive table of links to the enslavers’ paintings and statues.

“Assembling records from many sources can reconstruct the identities and lived experiences of enslaved people, starting with their names when possible,” said co-Director Peters. “Actual portraits of enslaved people are rare but we hope to locate more of them.”

Among the works presented is a portrait of Peter Williams, a founder of New York’s First Methodist Church for Negroes following his emancipation. A portrait of New Yorker and enslaver Richard Riker (of the Riker family for which Rikers Island is named) is in the Smithsonian National Portrait Gallery collection. Numerous pieces of art depicting enslavers are in the New York Historical Society.

Co-director Benton explains, “Our indexing project produced a list of slaveholders and enslaved people from many sources. A comprehensive list is necessary before one can connect enslavement records to records of artwork. For a museum to track down possible enslavement activities of the subject of a portrait would require separately researching many collections of records.”

The authors note that these works appear mostly in museums and public settings, typically without acknowledgment of the individuals’ involvement with slavery.  They say adding descriptions and context that explain the connection to slavery is important to tell the full story, highlighting several examples of contextualization done right, like the New-York Historical Society exhibit on Slavery in New York and the Smithsonian’s National Museum of African American History and Culture.

For example, they highlight efforts at The Worcester Art Museum, which has begun to identify portraits of enslavers and each person’s connections to slavery.

“This is a model we hope to see adopted by museums universally, but implementation will require access to resources like the New York Slavery Records Index,” the article continues. The authors argue that, “any art or memorialization should acknowledge the subject’s engagement in slavery, even when recognizing or celebrating other enduring, important achievements.”

John Jay is home to faculty and research centers at the forefront of advancing criminal and social justice reform. In teaching, scholarship and research, the College engages the theme of justice and explores fundamental human desires for fairness, equality and the rule of law.