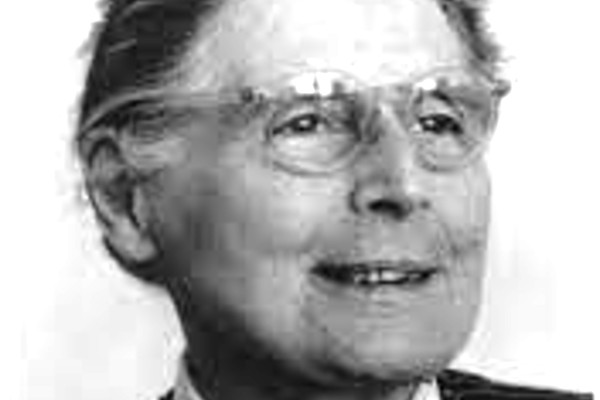 Gisela Marie Augusta Richter, 14 or 15 August 1882 – 24 December 1972, was a classical archaeologist and art historian who lived in West Harlem.

She was a prominent figure and an authority in her field.

Gisela Richter was born in London, England, the daughter of Jean Paul and Louise (Schwaab) Richter. Both of her parents and her sister, Irma, were art historians who specialized in the Italian Renaissance.

She was educated at Maida Vale School, one of the finest schools for women at the time. She decided to become a classical archaeologist while attending Emmanuel Loewy’s lectures at the University of Rome around 1896.

In 1901, she attended Girton College at the University of Cambridge, which she left in 1904 without a degree, since women at the time could not graduate and spent a year at the British School at Athens between 1904 and 1905. Richter moved to the U.S. in 1905 and became an American citizen in 1917.

Richter joined the Metropolitan Museum of Art in New York as an assistant in 1905, where she was asked to create a catalog for a collection of Greek vases recently acquired by the Met from the Canessa Brothers, the famous European art dealers.

She became assistant curator in 1910, promoted to associate curator in 1922, and curator of Greek and Roman art in 1925, a position held until 1948 when she retired.

Richter became an honorary curator until her death in 1972. She became the first woman to hold the title of ‘curator’ at the Met when she was appointed to the post in 1925.

As a curator, she was one of the most influential people in classical art history at the time.

As the author of numerous popular books on classical art, among her many books was “Handbook of the Classical Collection,” “Catalogue of Engraved Gems of the Classical Style,” “The Craft of Athenian Pottery,” “Red‐Figured Athenian Vases in the Metropolitan Museum” and “Attic Red‐Fig lured Vases.”

She had a great influence on the general public’s understanding and appreciation of the subject.

In 1944, she received the Achievement Award from the American Association of University Women. In 1952, she was awarded the degree of Doctor of Letters by the University of Oxford.

She was elected as a member of the American Philosophical Society in 1942.

In 1952, Richter moved to Rome, Italy, where she died in 1972. She is buried in Rome’s Cimitero acattolico.

Writing 30 years after Richter’s death, Camille Paglia paid tribute to her “for her clarity and rigor of mind; her fineness of sensibility and connoisseurship; her attention to detail and her power of observation and deduction; her mastery of form and design”.