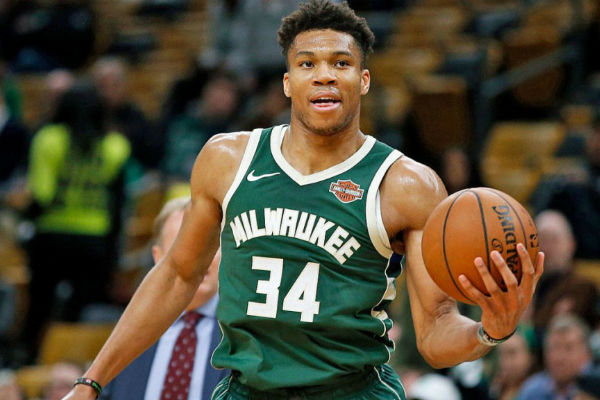 The NBA is officially back, folks. After a miserable four months of inactivity due to the COVID-19 outbreak, NBA basketball has returned to our screens, albeit a bit differently than we’re used to.

The league has picked things back up at an isolated location in Orlando, where it allowed all of the 22 teams therein three scrimmages prior to the official July 30 restart. The teams will each play eight regular-season games to decide seeding for the playoffs and that should be quite the spectacle.

The Los Angeles Lakers and Milwaukee Bucks are joint favorites for the NBA Championship where the bookmakers are concerned. Bet365 is offering odds of 23/10 on both teams’ prospects. The Los Angeles Clippers are now at 10/3 after being touted as the favorites for the title by a number of media personalities, many of whom have refused to rule out the 14/1 Houston Rockets.

Another race closely being looked at is the race for the Most Valuable Player award. It’s thought to be a two-horse affair, between Giannis Antetokounmpo and LeBron James. Antetokounmpo, the reigning MVP, put on another impressive run in 2019/20 to leave the Bucks boasting the best record in the league ahead of its suspension in March.

“The Bucks’ hopes for a championship run this season rest squarely on the broad shoulders of “The Greek Freak,” whose relentless work ethic has fueled his rise to the top of this list for a second straight season,” the KIA MVP Ladder notes.

The Greece-born superstar is the outright favorite for the MVP accolade at 1/25, with LeBron following at 9/1. The Rockets’ James Harden, a former MVP, is currently at 100/1, as is Denver Nuggets big man Nikola Jokic. LeBron’s Lakers teammate Anthony Davis is at 100/1 as well, with Dallas Mavericks star Luka Doncic and Clippers forward Kawhi Leonard also at 100/1.

“Seventeen seasons into his NBA Mount Rushmore career, James led the league in assists and remains (in the eyes of many) the NBA’s most dominant force,” the Ladder points out in reference to King James. “The Lakers’ struggles without LeBron this season might be the best exhibit of his MVP talents. Any doubts about him being able to perform at an elite level at his advanced NBA age have been silenced.”

There’s going to be plenty else to bet on with the campaign back underway and fans could head to freebets.com for the best tips, directions on no-deposit offers, and other important sports betting information. The aforementioned site is home to a number of experts who are happy to offer guidance and it’s always up to date as it pertains to the latest free offers and promotions.

Speaking of other bets, Antetokoumpo also happens to be the favorite for the Defensive Player of the Year award at 1/4 with the bookies. Davis is next at 5/2 while current DPOY, Utah Jazz center Rudy Gobert, is in behind at 30/1.