Get That Cooperstown Vibe, At The 1st Annual BriteVibes Festival 2021 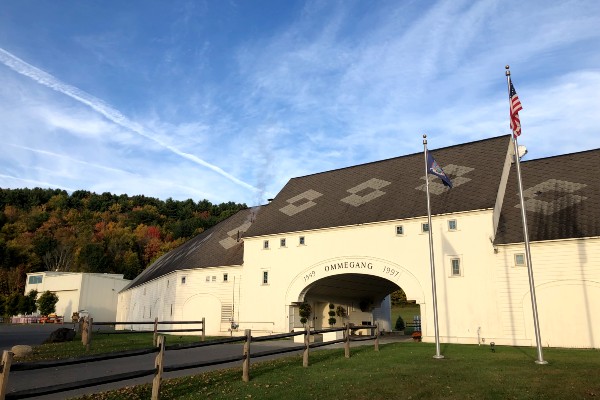 Just three hours away from Harlem, NY, the tickets are now on sale for September 4, 2021, BriteVibes Festival™.

Created by the New York State Brewers Association in partnership with Brewery Ommegang, BriteVibes Festival™ will take place at Brewery Ommegang in Cooperstown, providing a central location for guests attending from across New York.

Tickets are available online for VIPs, general admission, and the evening concert portion only.

An unparalleled New York experience and one of the first events of its kind to take place in person, BriteVibes is reinventing the craft beer festival model.

Throughout the day, attendees (21+) will have the opportunity to sample from 30+ breweries while immersed in a unique festival environment including artisan vendors, experiential exhibitors, food trucks, and live music.

For the ultimate BriteVibes experience, attendees can purchase an on-site camping reservation on the festival grounds, a former hop farm.

“Nothing brings people together like craft beer and music. This community has missed each other over the last year or so, and we’re excited to be hosting an in-person event of this kind over Labor Day Weekend for people to celebrate everything they love about New York,” said Paul Leone, Executive Director, New York State Brewers Association. “We’ve been producing top tier craft beer tasting festivals for years and are excited to partner with Brewery Ommegang to offer a new and unique tasting experience.”

Festivalgoers will have the ability to sample craft beer from every corner of New York State, exposing them to breweries they may not have been able to try before.

Half of the participating breweries are recent winners at the 2021 New York State Craft Beer Competition – some even winning multiple medals numerous years in a row.

The evening concert, included in general admission or available as a separate ticket, opens with Oxymorons, followed by Delta Spirit, an indie rock band from California playing other major festivals throughout the U.S., in their first east coast show of the year.

A slew of food trucks from across New York will be lined up with delicious eats to accompany craft beer samples.

Filling out the festival experience, attendees can compete in the BruBag Competition, which combines the rules of beer pong with cornhole play, try their hand at the thrilling experience of axe throwing, provided by Bury the Hatchet, or support New York-based artisan vendors.

Tickets for the first annual BriteVibes Festival™ are now on sale and available at www.britevibesfestival.com.

Pricing is as follows:

Additional information about the festival, participating breweries, music lineups, and more are available at: www.britevibesfestival.com.

The New York State Brewers Association (NYSBA) is a non-profit organization that supports the craft beer industry through advocacy, education, and promotion.

Today, there are more licensed breweries in NYS than at any other point in history.

The NYSBA works to unify the industry to have continued success legislatively, ensuring a positive economic environment for breweries to thrive.

With nearly 500 breweries, New York is 2nd in the United States.

Captivated by the rich traditions and extraordinary flavors of Belgian brewing, our founders acquired an old 140-acre hop farm in 1997 and built an authentic Belgian-style farmhouse brewery along a serene stretch of the Susquehanna River just outside of Cooperstown, NY.

Since then, Brewery Ommegang has created distinctive and exceptional beers, captivating drinkers, and earning more than 40 individual awards, including the Best Mid-Size Brewery at the 2016 World Beer Cup.

Surrounded by rolling hills, our idyllic grounds provide a natural amphitheater that can comfortably accommodate up to 7,500 guests.