Get #BlackGirlMagic With Sacred Rebel Women At Harlem Stage 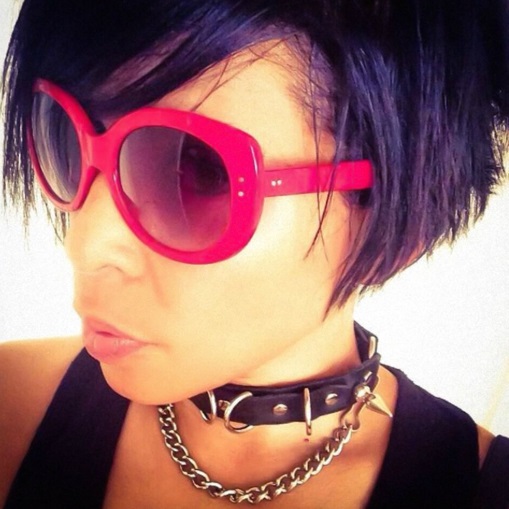 Harlem Stage, the legendary uptown venue that for over 35 years has promoted the creative legacy of Harlem and artists of color from around the corner and across the globe, is proud to present its Fall 2018 season of performances.

The season is curated by Monique Martin, recently appointed Director of Programming for Harlem Stage and features artists who #Disrupt and take a creative risk. The performances feature a range of artistic genres, offering audiences the chance to experience legendary performers, as well as rising stars.

Harlem Stage’s 2018 fall season will feature a variety of performances, which speak to the creative and uplifting ways in which the performing arts confront and transform the difficult realities of current times.

The season begins with Harlem Stage’s Open House event on September 8th, 2018. This free event welcomes all New Yorkers to come and kick off the season with a party that exemplifies the best of the Harlem community. Bring your instruments to join a drum circle, dance the afternoon away in the Gatehouse, take a tour and learn about the history of the venue and preview some of the upcoming season.

Harlem Stage has partnered with Theater of War Productions to present “Antigone in Ferguson,” in an unprecedented five-week run of free performances beginning September 13. Conceived in the wake of Michael Brown’s death in Ferguson, Missouri, “Antigone in Ferguson” fuses dramatic readings of excerpts from Sophocles’ Greek tragedy with live choirs and powerful audience-driven discussions on race and social justice. Each week will feature a different group of actors, choirs and community panelists. Actors include Samira Wiley (Orange is the New Black), Paul Giamatti (Billions), Tamara Tunie (Dietland, Law & Order: SVU) and more. Presented in association with THE OFFICE performing arts + film. Translated and directed by Bryan Doerries, with music composed by Phil Woodmore. This production of Antigone in Ferguson is exclusively supported by the Stavros Niarchos Foundation whose generous support has made it possible for audiences to experience this critical work, free of charge, at Harlem Stage.

Closing out the season, catch Weedie Braimah and The Hands of Time with special guests Christian Scott aTunde Adjuah and Pedrito Martinez. Weedie Braimah’s percussive orchestra will surely awaken the rhythmic senses and soul of anyone present, as Christian Scott aTunde Adjuah stretches jazz music’s rhythmic, melodic and harmonic conventions to encompass a range of cultural influences from his native New Orleans to West Africa and the Caribbean.

“During a time in America and the world in which many of us feel impotent against the oppressive forces of the state, art enables us to respond, to speak truth to power, to resist and to attempt to transform. The time is now and the doors to the Harlem Stage Gatehouse are open” said Patricia Cruz, Executive Director of Harlem Stage.

Monique Martin, Director of Programming, said “This season, Harlem Stage will continue to be a ‘Sanctuary Space’ for dialogue, bridge building, and transcendent theater, music and dance. Artists from down the block, around the way and across the globe will present bespoke programs to ignite our imaginations, pose disrupting questions and ground us in our collective commitment to a world that honors everyone. We look forward to holding space with you and honoring our collective humanity.”

Check out the entire season here