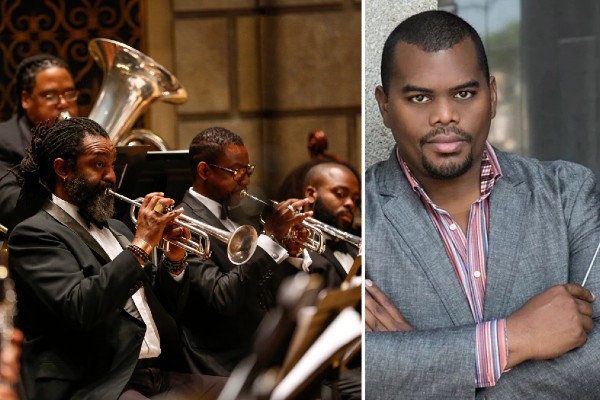 To many Black musicians, the Gateways Music Festival represents a welcome haven from the isolation many face in their working lives.

To give these musicians a supportive artistic home, the festival was founded in 1993 by eminent concert pianist and educator Armenta Adams (Hummings) Dumisani. Originally based in North Carolina, the festival relocated to Rochester, New York in 1995 when Dumisani was appointed to the faculty of the Eastman School of Music.

The festival retains its relationship with the school, dividing its season between Rochester and NYC. This year’s NYC events take place at some of the city’s most esteemed cultural institutions, including Harlem’s Abyssinian Baptist Church and the Schomburg Center for Research in Black Culture, as well as the 92nd Street Y, Cooper Union, the Metropolitan Museum of Art, Morgan Library & Museum, New York Public Library for the Performing Arts and Steinway Hall.

The Carnegie debut will showcase the world premiere of a new Gateways commission from 2021-22 “Perspectives” artist Jon Batiste, the Oscar-winning, Grammy-nominated music director of The Late Show with Stephen Colbert.

The concert concludes with Atlanta-based composer James V. Cockerham’s Fantasia on “Lift Every Voice and Sing,” a signature piece for the ensemble, whose distinguished members hail from the foremost orchestras and conservatory teaching faculties nationwide. Watch Gateways’ overview video: “Inspiring through the Power of Performance.”

Lee Koonce has served as Gateways’ President & Artistic Director since 2009. Koonce’s long association with the nonprofit festival dates back much further, however, for it was he who instigated its celebrated three-week quartet residency with the Chicago Symphony Orchestra in 1997 when he served as that orchestra’s Director of Community Relations.

Now, almost a quarter-century later, he explains what Gateways’ historic Carnegie Hall debut means for the festival and the communities it serves:

“Gateways Music Festival’s journey to Carnegie Hall has been nearly 30 years in the making. Carnegie Hall’s presentation of an all-Black classical symphony orchestra as part of its regular season is momentous, especially at this time of racial reckoning in the United States. Hearing and seeing the Gateways orchestra on Carnegie’s revered main stage will show Black children that they can perform classical music at the highest level, while reminding people of all backgrounds that this music belongs to everyone. We are grateful to Carnegie Hall for its belief in our mission and its commitment to showcasing the artistry of Black classical musicians. It’s a sign of hope and heralds a brighter future.”

Anthony Parnther will lead the orchestra in this historic performance. Known for his “charismatic, captivating conducting” (Los Angeles Times), Parnther serves as Music Director and Conductor of California’s San Bernardino Symphony Orchestra and the Southeast Symphony and Chorus, founded as an all-Black ensemble in 1948.

Highly sought after as a guest conductor, he has also led such eminent American orchestras as the Philadelphia Orchestra, Los Angeles Philharmonic, and Atlanta Symphony, which he conducted at its celebrated live screening of Black Panther, and such leading international ensembles as the Chineke!

Orchestra, with which he re-opened London’s newly-renovated Queen Elizabeth Hall in a historic concert that was broadcast live worldwide by the BBC.

Based in Los Angeles, he has led the Hollywood Studio Symphony in recording sessions for many international feature film and television projects, including Star Wars: The Mandalorian, Tenet, Little, American Dad, The Hunt, Fargo, The Way Back, The Night Of, Ghostbusters: Afterlife, Encanto, Star Wars: Book of Boba Fett and Ice Age: Adventures of Buck Wild.

New York City’s WQXR and Rochester’s WXXI Public Media will serve as media sponsors for the seven-day festival. A full schedule of New York City festival events is provided below, and further details are available here.

The mission of Gateways Music Festival is to connect and support professional classical musicians of African descent and enlighten and inspire communities through the power of performance.

In May 2016, Gateways Music Festival formally affiliated with the Eastman School of Music, a festival partner since 1995, but remains an independent non-profit organization.

The Eastman School of Music was founded in 1921 by industrialist and philanthropist George Eastman (1854-1932), founder of Eastman Kodak Company. It was the first professional school of the University of Rochester.

Eastman’s dream was that his school would provide a broad education in the liberal arts as well as superb musical training.

More than 900 students are enrolled in the Collegiate Division of the Eastman School of Music – about 500 undergraduates and 400 graduate students.

More than 900 students are enrolled in the Collegiate Division of the Eastman School of Music – about 500 undergraduates and 400 graduate students.

They come from almost every state, and approximately 23 percent are from other countries.