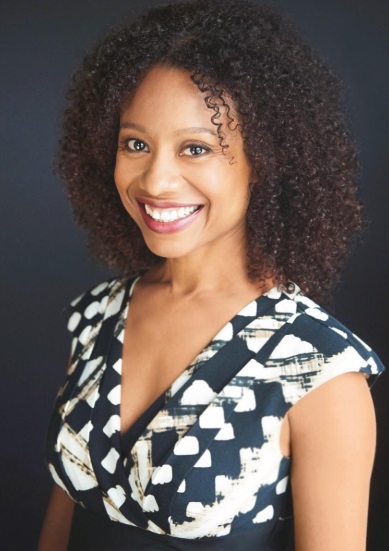 Full casting has been announced for the staged reading of David Stallings’ new drama Leonora, which will be performed at The Williams CME Institutional Church in Harlem on Monday, June 3, 2019, at 7 pm.

The reading is presented by New York Classical Theatre in association with Voza Rovers/New Heritage Theatre Group and David Heron’s Sure Thing Productions, as part of New York Classical’s ‘Diversifying the Classics’ series.

Leonora is inspired by Henrik Ibsen’s A Doll’s House

and is based on a concept by Antonio Miniño, who also directs the reading.

The play is set in pre-independent Jamaica in late 1951, where Leonora Hartell– a Jamaican woman of color married to a white British banker- watches her world unravel when former acquaintances re-enter her life, threatening to expose secrets from her past.

According to New York Classical Artistic Director Stephen Burdman, “The cast assembled for Leonora is an accomplished ensemble of actors whose resumes span the worlds of Broadway, Off-Broadway, film and television. We are extremely pleased and very excited to have them on board, to bring to life this incredible script by David Stallings.”

Nehassaiu deGannes will appear as Leonora Hartell. deGannes was most recently seen at the Alabama Shakespeare Festival in Romeo and Juliet and Our Town. She has also appeared Off Broadway in Is God Is (Soho Rep) and The Balcony

(Red Bull) as well as regionally in Intimate Apparel (Shakespeare and Company) and Sweat (Cleveland Playhouse).

Brad Fraizer will portray Tristan Hartell, husband to Leonora. Fraizer has appeared Off-Broadway in New York Classical’s The Winter’s Tale and in Three on A Couch

(Soho Playhouse) as well as in the Kennedy Center national tour of Alice. His television credits include Marvel’s Luke Cage, Quantico, and Shades of Blue.

David Heron will play Dr. Mike Newell, close friend to the Hartells. Heron’s Off Broadway credits include The Winter’s Tale

(Irish Rep) and his own play Love and Marriage and New York City (Billie Holiday Theatre). He has been seen regionally in Romeo and Juliet (Shakespeare Festival St Louis) and Marley-The Musical

and Fela! She has also appeared in national and international tours of Fela! and West Side Story, and portrayed Anita in West Side Story on London’s West End.

Lisa Tharps is cast as Vinisha, caregiver to the Hartell children. Tharps last appeared onstage in The Royale

at Geva Theatre in Rochester New York. She has also appeared on Broadway in King Hedley 11 and in Romeo and Juliet, as well as regionally in A Midsummernight’s Dream (Shakespeare Theatre of DC) and Medea (Boston Court). Her television credits include Marvel’s Jessica Jones, Power and Elementary.

James Duke Walker will play Shamar Campbell, banking employee to Tristan Hartell. Walker made his stage acting debut in BRO at Manhattan Rep and has also appeared onstage in Against His Will

(The Vibe). His screen credits include the film Roadside Assistance and the television series The Marvelous Mrs. Maisel

Aya Spence portrays Emma Hartell, Leonora’s daughter. A successful child model, she has appeared in campaigns for Macy’s, Gap Kids and Joe Fresh among others.

Admission to the reading is free.

Reservations can be made at nyclassical.org/Leonora.