From Harlem To Hollis City To Double Its Use Of Electric Vehicles, Hits New Milestone 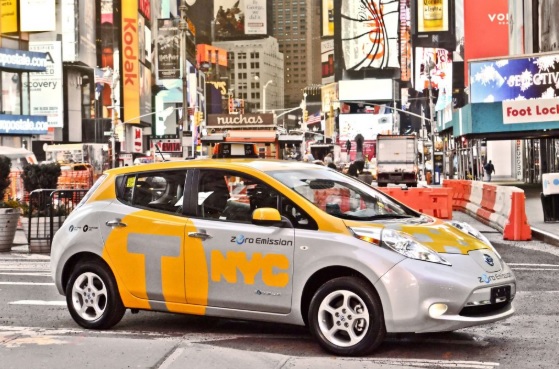 The New York City Department of Citywide Administrative Services (DCAS) today announced that it has replaced 2,200 gas-powered on-road fleet vehicles with plug-in electric models. This milestone was achieved six years ahead of a 2025 target set by Mayor Bill de Blasio in the NYC Clean Fleet Plan, announced in 2015. Building upon this success, the City will now double its goal and will have at least 4,000 on-road electric vehicles in use by 2025. When Mayor Bill de Blasio took office in 2014, the City had only 211 electric vehicles in its fleet. The announcement was made at the 31st Annual Fleet Show hosted by DCAS and the NYC Parks Department in Flushing Meadows Corona Park. Many of the City’s newest fleet models were on display at the show.

“It’s time to say goodbye to fossil fuels and say hello to an emissions-free future,” said Lisette Camilo, Commissioner of the NYC Department of Citywide Administrative Services. “The cars we buy directly impact the air we breathe and how we impact our climate. That is why we’re shrinking the size of City government’s vehicle fleet and using cleaner fueling options.”

The 2,200 plug-in electric vehicles that have been introduced to the City’s fleet have reduced annual CO2 emissions by nearly 9,000 metric tons, the equivalent of burning 1 million gallons gasoline. In addition to the environmental benefits of electric vehicles, their use has reduced fueling and maintenance costs. The average all-electric sedan costs 65% less to maintain, saving over $550 per year for each vehicle. In total, one-third of the City’s sedans, excluding police cars, are now electric-powered.

The City also announced at the Fleet Show that NYPD has received the first of its 200 hybrid police cars and unveiled the first electric vehicle ‘fast charger’ that will be used by various City fleet vehicles. This technology can fully charge an electric sedan in 45 minutes compared to six hours for traditional chargers. These chargers will help keep fleet vehicles in continuous use and not docked at a charger.

“In 2000, Fleet had only two alternative fuel models available and neither were plug-ins,” said Keith Kerman, NYC Chief Fleet Officer and DCAS Deputy Commissioner. “Today we have over 40 alternative fuel models on the road including electric plug in sedan, SUV, cross-over and mini-van options, and we expect to see these options continue to expand including to trucks.”

“Congratulations to NYC DCAS for its dedicated role in fleet sustainability and for today’s announcements regarding electric vehicle procurements,” said Catherine Loubier, Quebec’s Delegate General in New York. “The leadership is shown by Mayor de Blasio, Commissioner Camilo and Chief Fleet Officer Keith Kerman is a testament to their commitment to fighting climate change and reducing our carbon footprint. We also would like to recognize the Quebec companies attending today’s NYC Fleet Show and their innovative solutions for cleaner and safer mobility. We are looking forward to our continued partnership with the City of New York and the international fleet forum that we are co-hosting in Montreal on June 3 and 4.”

Earlier this year, Mayor de Blasio also signed an executive order that will eliminate at least 1,000 non-electric vehicles from the City vehicle fleet by June 2021, reduce the number of take-home vehicles for employees by at least 500, and replace 250 SUVs with electric plug-in sedans.

The Department of Citywide Administrative Services (DCAS) provides value-added and effective shared services to support the operations of New York City government. Its commitment to equity, effectiveness, and sustainability guides its work with City agencies on recruiting, hiring, and training employees; providing facilities management for 55 public buildings; acquiring, selling, and leasing City property; purchasing more than $1 billion in supplies and equipment each year; and implementing conservation and safety programs throughout the City’s facilities and vehicle fleet.