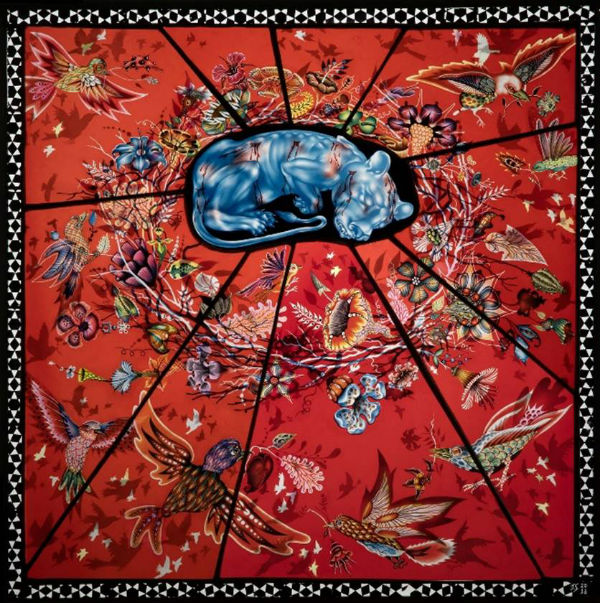 An art gallery that was based in Chelsea for nearly two decades has left the neighborhood to reopen in Harlem, the business announced Wednesday.

Claire Oliver Gallery will make its debut in Harlem in a new space on Adam Clayton Powell Jr. Boulevard between West 134th and 135th streets on Saturday, January 18, 2020, a spokesperson for the gallery said. The gallery’s debut show “Almost Better Angels” will feature artworks by Judith Schaechter.

as we opened our Chelsea location almost 20 years ago with works by Judith Schaechter,” Claire Oliver said in a statement. “This exhibition marks a crossroads for the gallery: we are squarely looking to the future in our new space while highlighting one of our seminal artists’ work that is both groundbreakings in form and subject and historically significant in its craft.”

The gallery’s new space is a four-story brownstone building that was “sensitively renovated” to be repurposed into a commercial art space. Part of the renovation included the creation of a glass storefront on the building and open floor spaces for displaying artworks.

45% off Wedding Cards (includes save the date and invitations)

Claire Oliver Gallery bought the brownstone in 2018 for $1.8 million, according to city real estate records. The company used an LLC called 2288 Art Farm LLC for the purchase, according to the records reports Patch.

The gallery’s inaugural exhibit — which runs through Feb. 22 — will be held on the first floor of the new building, according to a press release. Claire Oliver Gallery hopes to utilize the full building by 2021.