Friendly Things To Say To Rude, Mean People From Harlem To Hollywood 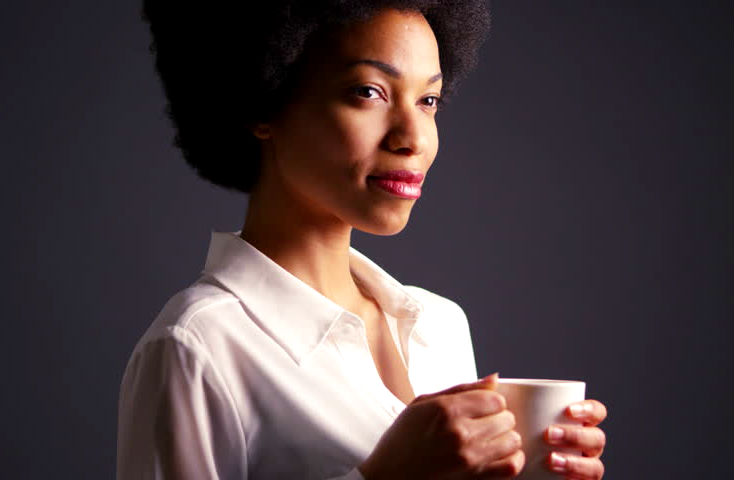 Oprah.com writes that when snarky people strike, you could get upset and come up with the perfect, biting comeback…seven-and-a-half hours later.

Or you could try these responses instead.

In our world of road rage and viral tirades, dealing with a jerk in public can be dangerous. So, proceed with caution—and where possible, kindness, too. Consider the technique used by a real-life relative of mine, when the man behind her in the drive-through-banking line felt that she was making her deposit too slowly. He laid on his horn, then proceeded to get out of his car, walk over and lean in toward her window, demanding to know, at a high volume, what in the bleep was taking her so long. Stunned, she answered, “Merry Christmas

!” It was eight weeks past Christmas. The out-of-nowhere response confused him, shutting him up—and, as an added bonus, made her feel great, the way saying “Merry Christmas!” can. No fighting, no yelling, no stooping to his level. When he opened his mouth again, she added, “Happy New Year!”, then calmly completed her transaction while he, rudeness-neutralized, stormed back to his vehicle.

To Your Bitter Co-Worker: “Let’s do this over email.”

You don’t go to bed before an anger-dissolving heart-to-heart with your spouse (if you want to continue to live with this person). You explain to your best friend how she hurt your feelings and hug it out. But with crabby Christina from accounting, who always manages to sneak a snippy aside into every three-minute rendezvous at the Keurig, a little bit of avoidance is not going to damage your nonexistent relationship. The next time she attacks, simply say, “Oh dear, I’ve got to go. Let’s continue this on email.”

People tend to stick to the point on email—they want to do something for you or they want you to do something for them. Commentary on your new (very reasonably priced!) car or (slightly outdated!) hairstyle rarely comes up—and if it does, you can always click and drop the email directly in the trash.

To the Bad First Date: “This isn’t just about the soggy French fries, is it?”

Fifteen minutes in and you’ve already heard about how much he hates the food, his fantasy football league, his ex-wife and the uncomfortable chairs in doctors’ waiting rooms. When he yells at the waitress about the soggy fries, you may just want to dump your ketchup on his lap. Instead, remember how Martha Beck puts it, “Why are people mean? Here’s the short answer: They’re hurt. Here’s the long answer: They’re really hurt,” and ask him for a little backstory. The really good news here: His tale of past pain and woe doesn’t have to merge with your future. Express your sympathies. Don’t order a second drink. And check your dating app when he gets up to complain about the food.

I’m not here to engage in a public conversation about the artistic merits of Jewel, the late-90s chanteuse, but I do want to remind you of her sweeter-than-sweet song with the refrain, “Please be careful with me, I’m sensitive and I’d like to stay that way.”

Because this is not the year that Uncle Chester is going to miraculously transform into a person who refrains from making withering asides about everyone’s eating habits/child-rearing skills/voting record/city of choice/favorite sports team/preferred barbecue-sauce brand. Luckily, his lack of a filter is not your responsibility to fix, particularly since you only see him once a year. But you are allowed to express yourself, perhaps by saying, “You know what, Ches? I’m really sensitive to comments like that.” He’ll probably be so surprised that it will at least buy you a few minutes of quiet. Just fight the urge to apologize. You’re not sorry, you’re sensitive.

To the Lady at the DMV: “I would like to apologize on behalf of the human race.”

You’re miserable from the Kafka-esque hours spent waiting in line to renew your license, and the flickering fluorescent bulb has installed a permanent twitch in your left eyeball. Imagine how it feels to be there: All. The. Time. You get to leave (eventually). She doesn’t. Acknowledge that, with a kind, “People must be so rude to you here. I am so sorry. In fact, I’d like to apologize for people everywhere.” Extra points if you can say it without bitterness, even after she’s handed you 12 more forms to fill out. It might not make her any nicer, but even just attempting empathy is scientifically proven to improve the moods of everyone involved.

To a Romantic Partner: “Let’s listen to this song.”

He’s not a mean person, but let’s say a few mean things have come out of his mouth, inspired by too much honesty, exhaustion or a case of being-so-familiar-with-you-he-thinks-he-can-be-rude. Everyone understands how this happens. You probably do it, too. But enough of these comments can add up to your feeling hurt—and resentful. The next time your partner says something unkind, take a break and let Barbara Lynn do the talking for you, via the song lyric, “If you should lose me, oh yeah, you’ll lose a good thing…” (And if things have gotten really hostile, you might want follow it up with, “I actually do want this relationship to last, so let’s consider some couples therapy…”)

To the Online Troll: Nothing at all.