For The Love of Baseball From Harlem To The Hudson 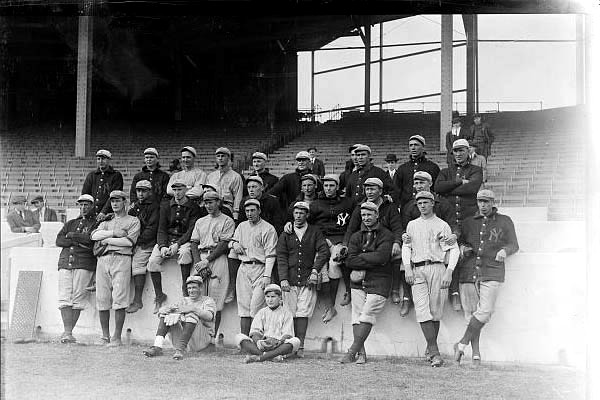 New York is home to millions of baseball fans and the sport has recently been named the state’s official sport!

The love for this game has some deep roots, dating way back to the 19th century. Baseball was played throughout New York in its earliest forms and the birth of the National League welcomed the Brooklyn Dodgers and New York Giants in 1876. When the American Leagues started in 1901, baseball fans immediately fell in love with the New York Yankees.

harlemworldmagazine.com decided to understand the history of the issue.

When rooting for a baseball team in New York, it really has nothing to do with what team is better. It is more about birthright. People in New York are born into a certain fan base and there is seldom any switching of sides. As the NY Yankees became an established team, they attracted fans from the Bronx as well as tourists and corporate visitors to the state. CNN.com/sport

The Dodgers and Giants were a bit different. These two National League teams have a fan base of working-class individuals. Fans of the Giants were largely from Manhattan. New Yorkers often identified themselves by what teams they followed. For example, in 1951, the Dodgers and Giants finished tied in position in the standings. A three-game series was ordered and fans fought with others. The Giants won and then went on to sweep the Yankees. The Dodgers had their time in the sun in 1955 when they won a championship. However, two years later, both teams moved to the west coast, leaving only the Yankees behind, reported US betting aggregator NYFreebet.com

Fans that were left behind after the Giants and Dodgers left did not switch teams and some even stopped following the sport. This changed in 1962 when the Mets entered New York as a new team. Past Dodgers and Giants fans backed the Mets and rooted against the Yankees. Today, there is a continued rivalry between the two teams, and New Yorkers do not sway. They have chosen a team to support and will not switch sides, no matter what.

It took years and years to finally reach this point, but as of July 2021, New York has a state sport, and it is baseball! Governor Cuomo recently signed legislation that designated baseball as the official state sport. In addition to the two professional baseball teams, each representing the two leagues, New York is also home to many minor league teams. The state was also once home to the Negro clubs located in New York City and Buffalo.

While known as a national pastime, baseball has some tremendous roots in the state of New York. Fans all over the country flock to visit Cooperstown and visit the National Baseball Hall of Fame. The fact that these two venues are situated in New York clearly shows the connection to this beloved sport. Cuomo states that “recognizing baseball as the state sport is a home run” and baseball continues to send a message of tradition, dedication, and teamwork.